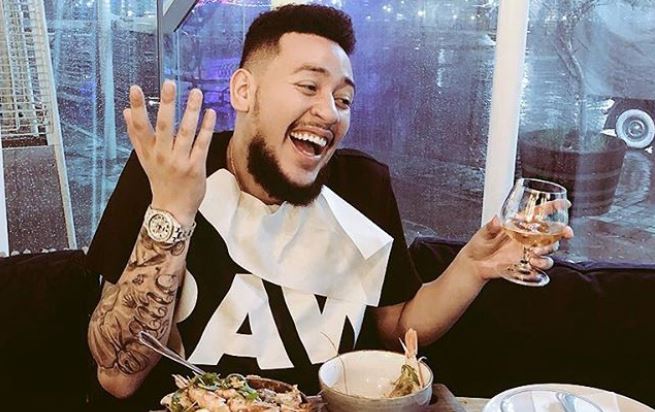 AKA says he is living life, while the internet is on fire with reaction to his track 'Beyonce'.
Image: Via AKA's Instagram

AKA left the streets a mess on Friday when he dropped his latest single Beyonce and while we are still recovering, AKA has come out to clean house and tell us how he feels.

The artist threw shade harder than a slay queen at Taboo when he dropped bars about his former lover not being up to scratch with lines like:  "waited two years just to see you with your weave off... what that say about your character, you was f**king me while I was paying damages."

We are still waiting for our meeting request from the Supa Mega to debrief us on the chaos, he has had a few things to say about the pandemonium.

Check out just five of his reactions that had the internet talking:

AKA was having a laugh at all the fuss being made about the track. And while he wouldn't confirm whether he was directing his verbal missiles at Bonang Matheba, as the internet suggested, he did say it was about a woman.

The way some people are carrying on, you’d swear that I’m the 1st artist to write a song about a woman.

"Who are these people who claim not to like me or my music?"

AKA was also attracting hate like a magnet. Not that he cared all that much. He took to Twitter to not only show how little he gave a damn but also demand the membership list of the haters club.

Who are these people who claim not to like me or my music? I can only seem to find them here on twitter. Are they even real? Please. Someone. Help. I’m asking for a friend. 😋 pic.twitter.com/g8iQdYB25q

AKA also hit back at suggestions that the only reason his track was getting so much attention was because people "like things".

The only reason why #Beyonce is number 1 is because we were all curious about it... https://t.co/ivh5mA6mzb

You think that AKA is losing sleep over all the grief he has been getting? Try the man next door because he is not bothered.

It's not lobsters but it also ain't King Pie. We see you, Mega.

AKA claimed that all the people who had caused him stress were the ones feeling the pain now after the song brought more files than a secretary.

AKA and Bonang's split has the whole of Mzansi reaching for the popcorn.
TshisaLIVE
3 years ago

Divisions deepen as Mzansi takes sides in AKA & Bonang battle

There are no grey lines here, fam.
TshisaLIVE
3 years ago

Ntsiki Mazwai believes that men in the industry date Bonang for the fame.
TshisaLIVE
3 years ago

AKA drops major files on #Beyonce & the internet is a mess