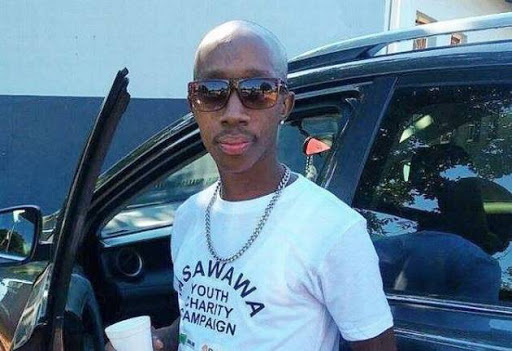 Msawawa has gone a year without drinking.
Image: Via Instagram

Former child star Msawawa was so babelaas he "couldn't eat or drink anything for almost three days" after his birthday turn up last year, so he apparently gave up drinking fire water for good.

The rapper has turned his life around and told Drum that the new Msawawa is God-fearing and always sober. He explained what brought about the change.

"On my birthday last year I went overboard with alcohol and became very sick - I couldn't eat or drink anything for almost three days. It was then that I decided to stay away from alcohol and I haven't looked back," he said.

So no more of this when Msawawa pulls up at the club...

And if you thought he's just moved on to other poisons like drugs, he says you are wrong.

Even though back in the day, Msawawa had quite the reputation of being a party animal, who lived on the wild side, and was constantly surrounded by rumours of drug and alcohol, the rapper says he's always steered clear of drugs.

"I've survived a lot and I thank God for that. I've seen people do drugs in front of me and I have never been tempted."

Msawawa is used to being in the headlines and last year hit back at suggestions that his career was washed out and that he was broke.

After it was suggested on Gagasi FM that he was spotted leaving a shop with only half a loaf of bread because he couldn't afford more, the star told Daily Sun that he did not take such rumours seriously.

“I’m not broke and have never bought half a loaf of bread," he added.

Shortly after the reports emerged, Msawawa even offered to show TshisaLIVE receipts from his life: dozens of pictures and videos to prove that he's far from broke.

So is Beyoncé coming or nah?
TshisaLIVE
4 years ago

The People's Bae on his absent dad: I told him God is the only father I know

The People's Bae has more spice than a curry shop.
TshisaLIVE
4 years ago