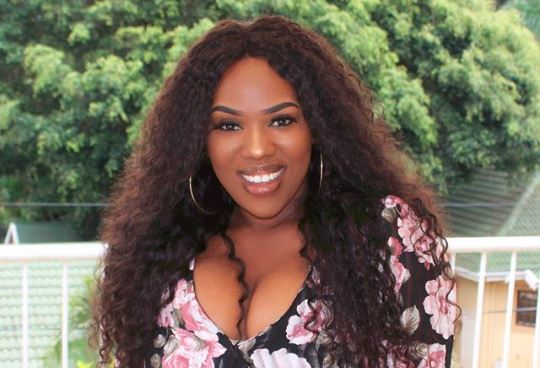 Gugu Gumede has found herself being a role model for young Christian girls in the age of social media.
Image: Via Instagram

Gugu Gumede's announcement that she's been single for three years going on four while waiting for God to give her a tailor-made man caused a stir on Twitter, but the young Christian woman has explained what motivated her decision.

"There's a whole lot of heartbreaks going around and it's because people are not taking time to know themselves first before they attempt to share themselves with other people."

She said it's been a journey of getting to know herself.

"In these three going on four years that I have been single, I have gotten to know myself so well. For me, it was a decision guided by my core values. I want to be able to bring the best version of myself to my future husband," she said.

Gugu has never kept her religion a secret and is one of the Mzansi celebs who flaunts her proudly Christian status, even in the era of "woke".

She said that particularly in the age of social media, the world was filled with people ready to tell you how to live your life and in the time that she's been single she had heard all kind of opinions about her decision.

However, she said she'd learnt a while back that everyone is entitled to their opinion and that people will often offer unsolicited advice. What she has decided to do is to listen and pick what is important as she builds her own manual of life.

"I take a lot of time to meditate and to pray - listening to myself and my conscious. There I learn things for myself. That introspection allows me to see how I have navigate life in the different situations and that's how I strengthen my inner voice."

She admitted that being a Christian and popular was no easy feat.

"Social media is such a dangerous platform. It can also be good but just as dangerous, people start to undermine themselves and start allowing peer pressure to have a go at us. For me, I know it all so well, especially because of my Christianity and my core values. I constantly have to navigate between staying true to myself and being accepted by people."

Gugu seems to have struck some balance. She's young, black, fierce, popular and Christian... not an easy combo, but she sure is rocking it!

Season three of Lockdown is hot and it's not even on TV yet... If you thought Lucy was bad then Zim Zim will blow you out of the water!
TshisaLIVE
4 years ago

A nomad at heart: 'I'm always ready to pack myself and leave' - Kid X

"Just to give you a perspective, I went to seven different schools between grade one and grade 12," said Kid X.
TshisaLIVE
4 years ago

There's a new addition to the Malinga family.
TshisaLIVE
4 years ago

The former child-star was man down for almost three days.
TshisaLIVE
4 years ago