Beyoncé shows off the twins, but the hive wants so much more 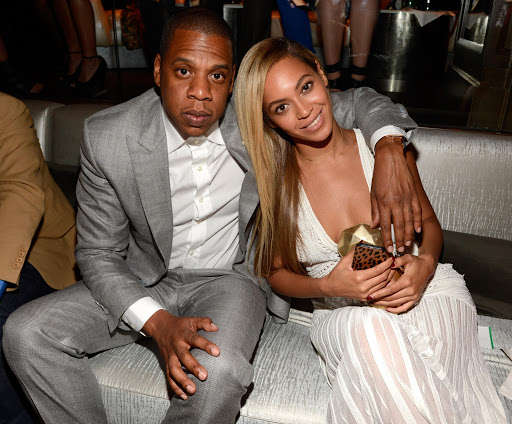 Jay Z and Beyoncé opened their tour on Wednesday but not everyone was happy.
Image: Getty Images.

Beyoncé finally gave the world what they wanted when she showed off never before seen snaps of her twins Sir and Rumi this week.

Bey, who is more private than the VVIP section at Taboo, flashed a couple of pics of her babies during the opening night of her On The Run Tour with hubby Jay-Z.

Beyoncé & JAY-Z renewed their vows together with Blue and The Twins ❤️ 💙#OTRII #Cardiff pic.twitter.com/MlPnV8lo0L

Beyoncé famously shared a regal snap of herself holding the twins after their birth, but she hid their faces from view during the shoot.

While those at the Principality Stadium in Cardiff, Wales were apparently not given the code for the WiFi, the Twitter streets were filled with footage and snaps from the concert. And they were stanning HARD!

I can't believe that finally Beyoncè showed the twins, and these #OTRII visuals are everything.. and MOST IMPORTANTLY THANK GOD FOR BEYONCÈ!!
slay mama slay 👑🐝 pic.twitter.com/RNNfo1nq6n

Me: Gonna be Productive AF today.
World: #OTRII has officially kicked off. Also, here are the twins. pic.twitter.com/oH3Vkc6fWG

The twins are already more iconic than any of your faves! #OTRII

But, Bey, now that we've got to "see the twins", fans have a few more requests, including a full presentation on what happened in the elevator and a replacement for Jay. They don't mind holding...

What really went down in THAT elevator?

The couple may have arrived in a open elevator but the disciples won't be happy until they get a full HD, surround sound, 3D version of what happened during the fight in the elevator almost four years ago.

😭😭😭 lordt not the elevator RT @OTRIITour: Entrance: a billion dollars on an elevator 💵👑#OTRII pic.twitter.com/6hXrMB3YjR

Ok but when will we get an album from the ELEVATOR’s point of view? #OTRII

When we dropping an album?

The people want new music, Bey! They can't be distracted with side shows. Do better, boo.

weak hive out here forgiving Beyoncé for not releasing any new music just because she showed her twins. #OTRII pic.twitter.com/hacNF0C9Qc

Beyoncé really thought showing us the twins will make us forgive her for what she's doing to us #OTRII pic.twitter.com/Iy5mdgAL1r

Beyoncé said here go a picture of the twins y’all been asking for now leave me alone bout a damn album #OTRII pic.twitter.com/yGaq1unCzw

Beyonce really SCAMMED us into buying tickets for #OTRII thinking we would get a new album,,,,,, Bitch gonna make us bop to her same show from FWT and Beychella.. Lmao the POWER she has over us 😩 pic.twitter.com/eG70NoTWRC

So beyonce really finessed y’all to pay for #OTRII with no new album or singles so basically y’all watching #OTR 1? Lol pic.twitter.com/jXXtI43MV9

When you replacing Jay, though?

Jay is sooo On The Run 1, tweeps suggested he was raggy roadkill.

Jay Z out here looking like a tired Toyota Cressida. Had its heyday but doesn’t make sense on the streets anymore. #OTRII

Jay-Z I love you man... But I think you gotta sit #OTRII out Dawg... Stay at home and take care of the kids!

We see you bruh, and you sounded tired.

You were the signal... pic.twitter.com/uuuXJUM5EN

Is it too late to cancel the #OTRII tour and replace it with a Destiny’s Child reunion instead? pic.twitter.com/WETyKzHPOE

It's still not too late to replace Jay-Z for Michelle & Kelly and just make it a Destiny's Child reunion tour. #OTRII

If there ain't no destinys child reunion for #OTRII in Cardiff weds how will I be able to recreate "Say my name" dance moves in my seat @SarahViviash!?!?

So is Beyoncé coming or nah?
TshisaLIVE
3 years ago

WATCH | AKA releases Starsigns music video & it's all about AKA... duh?