Imagine finding out about an affair on TV? - Papgeld show brings the drama 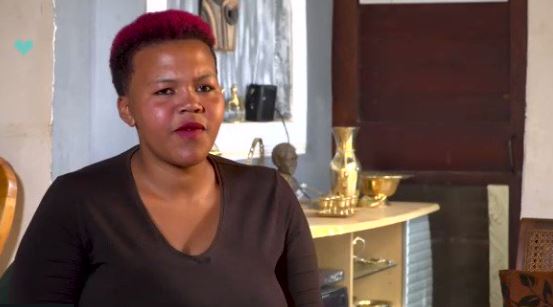 Monique says she had to drop out of school because she was being bullied.
Image: Via Moja Love Twitter

Yoh! As if our hearts didn't have enough drama to deal with the increased petrol price, Moja Love's papgeld reality show gave us chest pains with all the slips it brought this week.

The show, which focuses on women who are apparently trying to get maintenance from their alleged baby daddies, left the Twitter streets in a mess this week when a women named Monique claimed to have had a child with a married man.

Tonight on #Papgeld Monique's affair with a married man led to a pregnancy. Her elders demanded he steps up but he runs away from his responsibility 😰

It wasn't clear if the man's wife knew about the affair or the baby, but soon the internet was filled with memes and messages either giving her advice or wondering out loud what it would be like to turn on the TV and find out your man had been playing offsides.

#Papgeld why would a married man cheat without protection 🤦🏾‍♀️💔 this man is not just trash he’s an idiot as well, yoh haai

Imagine your husband cheated, has a child out there and you only find out from a Tv show. Eh ku rough moes #Papgeld pic.twitter.com/Eah8M5Rdno

Imagine cooking at home singing church songs ,just so excited to dish up for your Husband kanti he will come back to tell you that,”baby I have cheated on you and the woman is pregnant “ #Papgeld

Sign an agreement that lets you leave with 60% of everything thats his if he cheats ♥️ #PapGeld https://t.co/YtjIcDvssE

On top of it all, sis also said she had to drop out of school because she was always being teased for her teeth. The way people felt that, they poured onto social media to share their thoughts on bullies and to encourage dentists out there to help a sister out.

You when I first saw her teeth

@LexLeoDrSmile I humbly ask if you do pro bono work to help a lady who left school caused by bullying, pls check her story on #Papgeld show.

#Papgeld Wow Moss is pledging to help my sister here to get her teeth fixed. 👏👏👏 pic.twitter.com/2rSaweNvYj

Moss for president people wow
He just reminded me of Zola7 👏👏👏 #Papgeld pic.twitter.com/TfGVkOiddv

We're not even sure we did it but we're guilty if she arrests us.
TshisaLIVE
4 years ago

The fan didn't like her storyline at the time.
TshisaLIVE
4 years ago

Gogo's korobela totes did the things that needed to be done!
TshisaLIVE
4 years ago