SNAPS | Beyoncé & Jay-Z's nudes broke the internet, but are they even real? 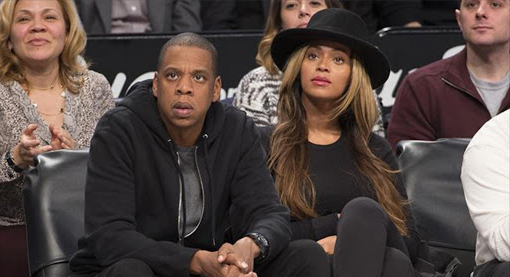 Jay-Z and Beyonce's raunchy snaps have left many in their feels.
Image: Bang Showbiz

We know by now that Beyoncé and Jay-Z can basically do anything they want and break the internet, but we weren't ready for the response their latest series of semi-nude snaps received.

The power couple went nearly bare in a series of photos apparently featured in a tour book from their On the Run II tour and the images went viral on social media on Sunday.

Beyoncé and Jay-Z's tour began on June 6 and will continue until July 17 in Europe. After that, they'll take the show on the road in the United States  and their snaps, which are believed to be part of their promo strategy, had social media going through a meltdown.

The pic that got the most attention was the one with Bey reading the newspaper with nothing but a thong on, with Jay chillin' next to her smoking a cigar.

Then there was the beach snaps.

#OTR2 Tour Book: #Beyoncé is pictured on the beach in Jamaica wearing a @gladys_tamez_millinery Turlington hat

However, it was the snap below, where Beyoncé  could be seen cuddled up with Jay and appears to be totally naked that got people's suspicions up. People questioned how real the picture was.

According to many it looked photoshopped, with some of the body parts just not making sense. Like, how Jay's one arm is huge and the other is so tiny...

Some people found the snaps cringe worthy while others compared Bey to Kim K and  others were just angry that Bey keeps "force feeding" Jay to them.

Beyoncé does a lot more than post nudes but ok 🤷🏾‍♂️ https://t.co/lFM8jLBkQi

South Africans.... y'all want Beyoncé to come here but you're dragging her husband 😂😂😂 Forget it.

Veteran musican drops pearls of wisdom on raising kids in the industry.
TshisaLIVE
3 years ago

Gugu Gumede is such an interesting woman...
TshisaLIVE
3 years ago