For the first time Twitter takes the convict's side on Yobe, here's why... 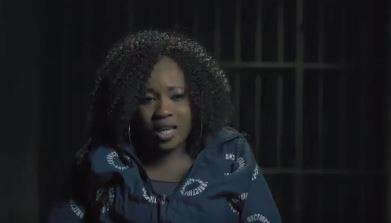 Mahlatse asked for forgiveness from the family of his ex-partner on Yobe.
Image: Via Twitter

For the first time since reality TV show Yobe made its debut, Mzansi has shown some sort of sympathy for the convict featured on last night's episode.

Although this was an unusual response from viewers, Mahlatse's story may help you understand why.

Yobe, is a show that helps convicted criminals ask for forgiveness from the victims of their crimes or their families. It offers closure to the victims' families, as well as, gives the convicts a chance to explain themselves.

Last night's episode introduced Mzansi to Mahlatse, a female convict who killed her then partner, Ronnie.

Mahlatse claimed that she had been abused by Ronnie and that on the day she killed him, only one of them were going to make it out alive.

Tweeps were sad on Mahlatse's behalf, saying it was because the system failed her that she ended up in prison.

Many sympathised with her saying Ronnie's family didn't deserve an apology from her. Especially after they found out that the Ronnie's mother knew he was abusing Mahlatse but did nothing about it.

It was also revealed the gun that killed Ronnie, was a gun he bought to threaten Mahlatse with. Plus Ronnie's mother's attitude towards Mahlatse's child left Twitter scared for the child.

The memes came flooding in.

Mahlatse was just defending herself! they don't deserve her apology! #YobeMzansi pic.twitter.com/Zuqckn82xB

The gun belonged to the abusive boyfriend who intentionally brought it to scare his girlfriend. So homegirl did nothing wrong 🤷🏽‍♀️🤷🏽‍♀️ #YobeMzansi #yobe pic.twitter.com/g4SHWWzr7V

Bathong Mme o! So it was okay for her son to abuse Mahlatse?? #YobeMzansi pic.twitter.com/CIoe8A5kbc

#Yobemzansi raise your hand if you agree that this beautiful lady acted on self defense.. pic.twitter.com/UdOR5uXJdU

So Pila Pila In that Whole Situation It was A One Must Die.. Either Mahlatse was Going or Ronnie.. This situation created By Abuse and Possessiveness By ronnie?? #YobeMzansi #Yobe pic.twitter.com/aWa0tpDW8l

#YobeMzansi That was an emotionally hectic episode. Had to go to the bathroom for a minute. Strength to Mahlatse and her family. The Justice system needs to do better in such cases. As for Ronnie's mother...God will be the judge! pic.twitter.com/wbkDCvEgrC

Mshoza has "stopped shaking" and is ready to face the world again.
TshisaLIVE
3 years ago

The woman was apparently sent to steal Marah's "luck" and "get rid" of her.
TshisaLIVE
3 years ago

Rapper Mx Blouse's preferred pronoun isn't he or she, it's they...

Mx Blouse is an artist who is beyond gender and beyond genre. They introduce us (and the world) to a fresh take on re-defining your identity and ...
TshisaLIVE
3 years ago

The 'faces' were apparently selected from ordinary women, but not everyone is convinced
TshisaLIVE
3 years ago