Tjeeree! All Skeem Saam’s Wallet is worried about is his pigs 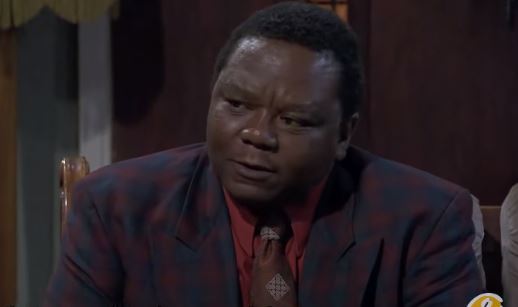 Fans may have put Skeem Saam's Wallet on suicide watch but the well-travelled hospital porter is only concerned about one thing: his pigs.

We have come to love Wallet over the last few weeks, especially for his poems that are pure fire, so imagine the internet's surprise when this week he suggested that the most precious thing in his world was his pigs.

After all the bad luck he's been going through lately, which include leaving his job of an awards show he isn't even part of, the streets were hoping his luck would change.

But as he seemed to spiral into depression and hopelessness, he only asked that someone help him look after his pigs.

He tried to confront his former boss with his pension forms to get some coins but was stopped by security and was told he should wait for his money like everyone else because he was "not special".

The social media streets were filled with tears for poor Wallet and pledges to help him.

Bafwethu Wallet is goin through the most Can we donate Couches, Clothes, a fridge Food for the Pigs an old TV, Some Food for him. Chelete YaBoroto.. Go boima Bann, 😭😭😥😥 #SkeemSaam pic.twitter.com/YFc0B3wKLL

My pigs are almost out of food 😂😂😂 Mr Kgomo still has no empathy! 😢one day you will meet your match! @SkeemSaam3 pic.twitter.com/EtrgVsgHkI

#skeemsaam
Wallet:My pigs are almost out of food
Mr Cow:Where do I enter there. pic.twitter.com/cHUxQjFusV

Shame. The situation was so bad that even ugogo Koko offered to help, taking out some cash from her bra to help him.

Can Wallet just stay le koko until this hard time is over?#SkeemSaam pic.twitter.com/A6DF4PNC4K

Koko mara! Grandmothers always have our back #SkeemSaam pic.twitter.com/6rSYqUXd7M

The man has really bad luck and the people are tired of it!
TshisaLIVE
3 years ago

Yoh! Skeem Saam's Mantuli is going through the most as a single parent

Mantuli's prayer for her son was too painful to watch.
TshisaLIVE
3 years ago