IN MEMES: So... this dude came to Perfect Match to find a side chick? 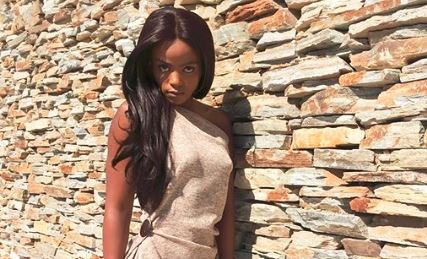 First of all, people need to get the memo on who exactly is supposed to go to a dating show because wow... *claps once*

Some of the peeps on Perfect Match really missed the memo, like this dude. who came to find a side chick on last night's episode. The speed dating show has introduced Mzansi to all sorts of characters before but tweeps were really shocked by the guy searching for "polygamy".

The guy openly said he didn't think having one girlfriend was "cool" so he came to look for another one. On national TV.

Speed dating and dating shows mainly serve as platforms for people to find their potential life partners. At least that was the overriding understanding... until last night's show.

Tweeps expressed their shock in memes:

This guy is looking for side chick in a show of a channel that we pay for...uyas jwayela yaz#perfectmatchmzansi pic.twitter.com/Qdpo2o7muf

This guy came to get a side chick😂😂 #perfectmatchmzansi pic.twitter.com/C9pLJ0FXFl

#perfectmatchmzansi this guy is the original hashtag of trash thou..Came here to look for a side chick and saying live kuthi having one gf is a problem..Woow😂😂😂

#PerfectMatchMzansi This nigga came here to find a side chick😂😂👏👏 pic.twitter.com/RDrm1sgFJI

#PerfectMatchMzansi Niggas who speak like this definitely have a side chick or side chicks...😅 pic.twitter.com/ONjzctmbZz

#PerfectMatchMzansi today was disaster, there was a slay queen looking for love and she meet a man that was almost gay and the other is looking to have a polygamous.....💆💆 pic.twitter.com/hT2nU0jzRR

Just as they were digesting that, former Idols SA contestant, Sindi Nene, also showed up.

The ex-Idols SA contestant turned 999 signee was apparently looking for love. However, tweeps weren't really sure how they feel about her or her "type" of man though...

#perfectmatchmzansi sindi Nene was in idols 2010 season, 8 years ago. She's now 22, njani? Was she 14!? pic.twitter.com/fFUJNpAyNb

Heavy K dishes the deets on his upcoming wedding

Heavy K says he is in the process of paying lobola.
TshisaLIVE
4 years ago