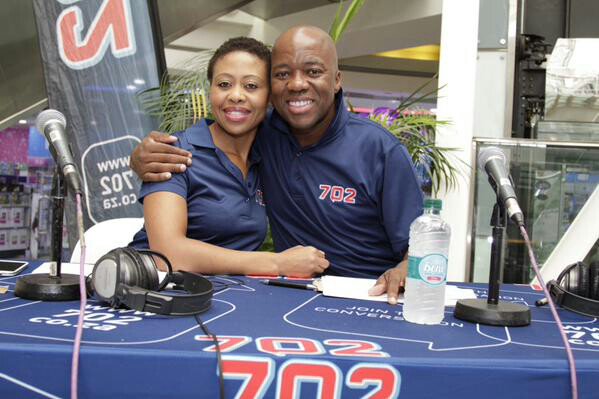 Close friend and radio personality Redi Tlhabi has revealed that Xolani Gwala is putting up a brave fight in the face of colon cancer and is "exceeding all expectations".

Nine months ago Xolani left fans across the country shocked when he revealed that he had been diagnosed with colon cancer and would be off air.

Taking to Twitter on Wednesday, Redi gave followers an update on Xolani's health.

"(His) previous operation went very well. But remember it's not a sprint but an ultramarathon... There are a few more steps ahead. But I promise you... Xolani is exceeding all expectations," she wrote.

Redi added that Xolani was his "usual self" and was "still standing" which was significant in the fight against the disease.

Shortly after revealing his diagnosis, Xolani spoke to Drum magazine, saying that he was not ready to die.

"Family is at the centre of this entire thing. It's your family that makes you stay positive. I'm not ready to die yet."

Xolani added that he hopes to raise awareness about cancer because it can happen to anyone.

I saw Gwala recently. He is his usual self. Previous op went VERY well. But remember it's not a sprint but an ultramarathon..there are a few more steps ahead. But I promise you...Xolani is exceeding all expectations. My darling friend is still standing. That IS significant pic.twitter.com/QSTevrnqcW

Redi's update was highly appreciated by many of Xolani's fans. They thanked her for the update and continued to wish Xolani a full recovery.

I'm so glad to hear it. XG you are a VERY special and much-loved person. I pray the healing process will continue steadily. Thank you God.

Please tell him we miss him, and that he must continue the fight... pic.twitter.com/XO37vrstE8

Thanks a lot for an update Redi, kindly tell him that the St Mary's Seminary brigade is praying for him..... thanks for the good news.

Uzalo star Simphiwe Majozi is a family guy but many don't know that...

Uzalo's Sbu is well-known and a crazy loner but Simphiwe Majozi is all about family.
TshisaLIVE
4 years ago