Mampintsha's looking for characters to play him & Babes Wodumo 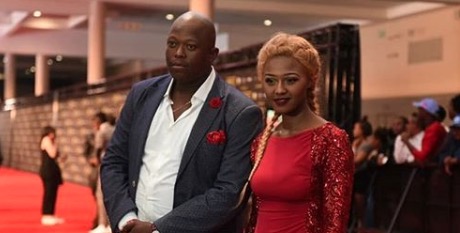 Mampintsha has revealed that West Ink Records is on the hunt for a young man and woman to play him and Babes Wodumo in upcoming music video shoot.

Taking to Instagram earlier this week, Mampintsha said they did not want to use a casting agency and wanted to run a competition to give die-hard fans a chance.

"If you feel your kid or cousin is perfect for one of these roles simply post a video of her/him singing Amaketanga and tag @west_ink_records & s_h_i_m_o_r_a."

Mampintsha added that winners of the competition would be announced on June 29, and that they were looking for children between 6-13 years old.

This latest announcement by Mampintsha has added more confusion to the web surrounding his and Babes Wodumo's relationship.

Ever since Babes was confronted on Metro FM about allegedly being abused by Mampintsha, fans have been left gobsmacked by some of the events that have followed.

During the interview Babes confirmed that she and Mampintsha were not together, and it was later revealed that she had started her own record label called Wena Wodumo Entertainment.

However, since then Mampintsha has penned a heartfelt love letter to Babes and is now recording her music video.

Jessica Nkosi breaks her silence on her man & pregnancy: 'I don't want any drama'

Jessica Nkosi dishes the deets on being pregnant.
TshisaLIVE
3 years ago

Digging into her personal funds pays off for local female film producer.
TshisaLIVE
3 years ago