The way Skeem Saam’s Alexos is so connected, he may even know where we live 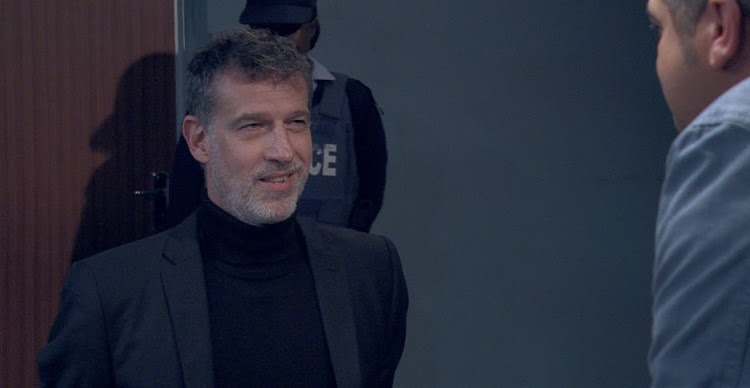 Alexo was terrorising everyone on Skeem Saam but even his arrest isn't a guarantee that the streets are safe.
Image: Via Skeem Saam's Twitter

The social media streets switched into paranoid mode on Tuesday night after Skeem Saam's Alexo pulled up on screens and scared the heck out of everyone.

Alexo has been haunting fans of the show ever since Kwaito first mentioned him several weeks ago. He has been making life difficult for poor Zamo and several others ever since.

There was a bit of relief after he was arrested when showing up at Kwaito's house, but after he threatened officer Petersen with some info about his son Katlego, the masses were convinced he and Rhythm City's David Gennaro were in the same WhatsApp group.

Whether Alexos Mathon is in jail or not... No one is safe from him😩😩😩😩 #SkeemSaam pic.twitter.com/HO5nl15eN8

The streets were not so sure that Alexo would give himself up just like that, and thought the dude totally has a twin that he is using to deceive everyone.

There’s something dodgy about Alexos what if he did plastic surgery and the arrested person is just a copy 🤔🤔#SkeemSaam pic.twitter.com/pjSKRiApTG

This Alexos' matter is starting to bore me. #SkeemSaam so the guy is a witch or something!! pic.twitter.com/yByO9dijfo

In fact, people were so touched they even thought he might be watching them. So, be careful what you say about him, fam.

Alexos knows everything and everyone, i think nigga knows me too and my plans 😂😂😂#SkeemSaam pic.twitter.com/nwf30gjRgu

#SkeemSaam to y'all tweeting about Alexos Mathon, I pray that you don't end up like Zamo. pic.twitter.com/05yVJRvdjq

Alexos... Im even scared to say his full name, might be on his target list. This guy is trash nxa. @SkeemSaam3 #skeemsaam

Alexos knows everything and everyone, I think nigga knows me too and my plans😂😂 #SkeemSaam pic.twitter.com/4kIrGXOzDy

IN MEMES: Magongwa is what Judas must've looked like when he betrayed Jesus

The moral of the story is: Love them all but trust no one!
TshisaLIVE
3 years ago

Skeem Saam fans are over Celia and Mogongwa's Macbeth plot

Celia is giving everyone chest pains with her evil scheme.
TshisaLIVE
3 years ago

Fans shooketh by the Wallet's verdict and hope it isn't the end of the star's time on screens.
TshisaLIVE
3 years ago