So much drama! Twitter is already ready for season two of Abomama

In fact, it seems the whole of Mzansi is ready, can we get an amen bazalwane? 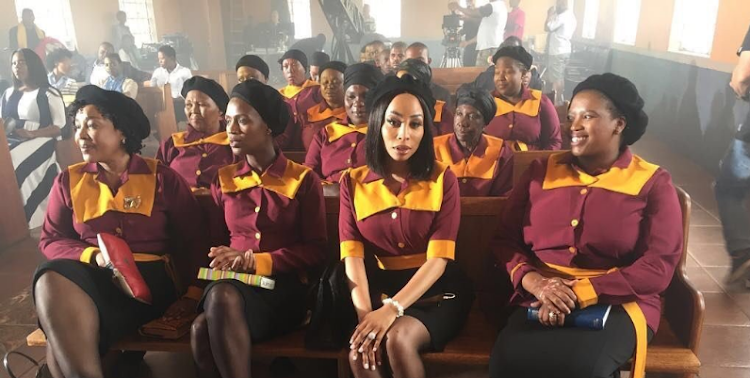 Twitter couldn't help but give praise to the cast and crew after the finale of Mzansi Magic's Abomama Bemthandazo aired on Sunday night.

The story about four church women that stumble upon a large sum of money, which obviously spells trouble for them and their morals, has kept viewers glued to their seats for weeks on end.

The drama on the final episode was so lit as it took viewers on a rollercoaster of emotions and left them knee-deep in season two related questions and predictions.

Can we just appreciate the whole crew of #AbomamaMzansi from producers to casts luuuurrrrkkk u are all amazeballs...waiting for season 2 klaar pic.twitter.com/matDe5Qpa1

My sundays will never be the same😢... Waiting on season 2 like...
#AbomamaMzansi pic.twitter.com/XZKVElgaoE

I’ve got so many qs:
1)why wasn’t Mapule cut up on the death of her lover Khoraene(sp)
2)where did Raki get a gun?
3)are we really sure that Bonanza’s dead?
4)how’s Raki goin to take over when Mruti is clearly dependent on Fumane
5)when’s season 2 coming?#AbomamaMzansi pic.twitter.com/u8CoS5uABp

The Abomama squad also shared some snaps and videos from behind the scenes as they celebrated the end of their first season.

Mapule (Nokuthula Ledwaba), Fumane (Joyce Skefu), Dora (Unathi Guma) and Tshidi (Khanyi Mbau), as well as the rest of the cast and crew, you have outdone yourself.

Please don't make us wait too long for season two.

Also, take a damn bow y'all!

Thula says he's put the legal battles behind him.
TshisaLIVE
4 years ago

Mariechan has decided to re-introduce herself to Mzansi and the world.
TshisaLIVE
4 years ago

"I am personally asking that police help justice prevail. It needs to come through."
TshisaLIVE
4 years ago