Renate Stuurman on powerful women supporting each other 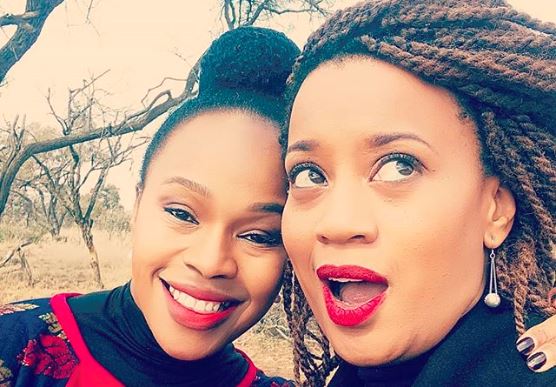 Contrary to popular belief, actress Renate Stuurman believes that women have always known how to share the spotlight and that in fact, feeling threatened by each other is strengthened by a male projection of power.

Renate explained that because she did a lot of shows where women are at the centre and are powerful, both in the story and in real life, she's had to answer the question about not being "threatened" by her female colleagues.

The actress thinks that feeling threatened by another successful woman was a tired narrative, considering women can happily co-exist in power.

"Even in the same industry, the presence of healthy competition doesn't imply that we (women) don't respect each other. I think it also says a lot about the person when they find another powerful woman to be threatening. It says something about how you see yourself as opposed to what the other women are doing," she told TshisaLIVE.

The actress, who recently bagged a role on the popular 1Magic drama The River, had fans excited when they were introduced to professor Sheree Jacobsen. She explained that her character was a force to be reckoned with and comes in as the lead actress Sindi Dlathu's friend and colleague.

Renate explained that their immediate friendship in the story also challenges the belief that strong women cannot co-exist.

"I think often we are told the story that powerful women can't get along right? But I think it's kind of a male perspective course when men are together they somehow feel like there can only be one dominant male. Like, there's only enough light for one spot light and so when they look at women they project that onto women as well."

The actress said while there's always room for surprises in the story, in real life she hopes that women were aware of the support of powerful women around them.

"So there's a thought that women also work like that... when there's two powerful women they just won't get along. However, I don't think that's the case at all. I have a lot of friends who I consider to be very powerful women and that is why we are friends. We support each in that way."

Who runs the world?

Women who know that dimming another woman's light doesn't make theirs brighter.

"I've waited a long time to be able to help. Her story touched me, I had enough money to help her, so I did," said Zodwa Wabantu.
TshisaLIVE
2 years ago

Thula says he's put the legal battles behind him.
TshisaLIVE
2 years ago

"I am personally asking that police help justice prevail. It needs to come through."
TshisaLIVE
2 years ago

Mariechan has decided to re-introduce herself to Mzansi and the world.
TshisaLIVE
2 years ago
Next Article