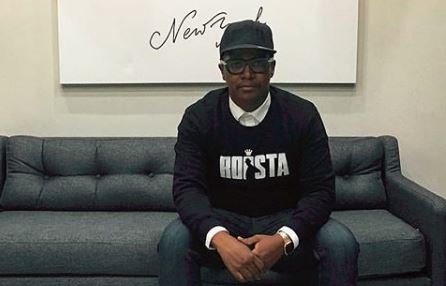 Ndumiso Lindi would not trade his comedy for anything.
Image: Via Instagram

Ndumiso Lindi could have easily continued with his stable gig in an advertising company but just like a spiritual calling, comedy demanded his full attention and he took the leap of faith.

In an interview with TshisaLIVE, Ndumiso compared the impact of comedy in his life to that of a spiritual calling that demands to be heard one way or the other.

"You know this thing that we do, it's like a calling and when you ignore it things work out as they should for you. When you try to avoid it or just see it as a side hustle, it starts chewing you. You end up not enjoying your day job and it becomes a burden to you."

The comedian explained that just as he'd heard stories of how a person's true calling eventually makes everything else seem dull, the same started happening to him. He said the more he performed the more comedy demanded its rightful place in his life.

"It got to a point where I would dread waking up for my 8 am job. I would sit there and not even switch on my computer because I would be too busy wondering if I actually belong there."

Ndumiso said the massive contradictions between his Monday to Friday life as opposed to his weekends left him restless.

"The thing of, the weekend before I would be playing in a room of three thousand people at Blacks Only then come Monday, I am back in Cape Town and no one cares too much. Because, the weekend I'd be a rockstar, you know, taking selfies and treated like a VIP at the after parties. Then on Monday I'd be told about deadlines and no one would even care who I was, all they wanted was their money's worth in my work. It would be a total 0 to 100 for me, so I eventually decided, I can't live like this."

As soon as Ndumiso gave his time to comedy in the way his art demanded, he had more time to learn and to perfect it.

He said it wasn't long till he moved to Johannesburg and started making his name synonymous as a "force to be reckoned" with in comedy.

Fast forward to 2018, Ndumiso is paired up with one of the best comedians in Mzansi, Tumi Morake for a comedy tour.

Married But Not To Each Other is a joint venture between the two comedians who share their marital journeys packed with punchlines and lots of laughter.

Ndumiso and Tumi, who also happen to be besties, have been taking the tour all over the country and Ndumiso praised his teammate's work ethic.

"She's such a professional and I love that we challenge each other. They say if you want to be the best stay with the best. She gives me that healthy pressure to always work on my material because she always works on hers... like all the time."

From SOLD OUT P.E... and on to the Next one 🙌🏾🙌🏾. Catch US at Silverstar Casino this Friday. #marriedbutnottoeachother🕺🏽🎤💃🏽 #computicket #comedy

Renate Stuurman on powerful women supporting each other

Renate said that two powerful women can co-exist and share the spotlight and the myth that they can't is probs based on a 'male projection'.
TshisaLIVE
3 years ago

"I thought my Facebook account had been hacked because suddenly I had so many friend requests. I was like 'What the hell is happening?'"
TshisaLIVE
3 years ago

"Here you worry about crime and poverty, but when you are dead, you are dead. There is none of that worry."
TshisaLIVE
3 years ago