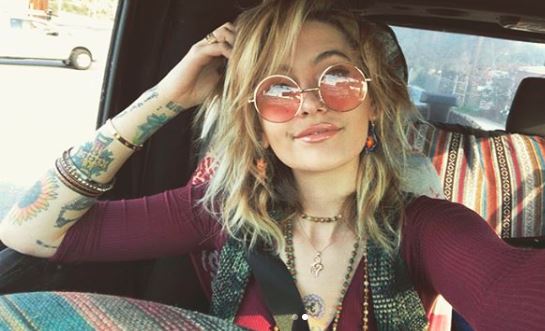 Paris Jackson seems to be gatvol of the hundreds of reports surrounding her family on a regular basis.

Paris, who buried her grandfather, Joe Jackson this past weekend took to Twitter in the wee hours of Wednesday to clear her name. This after, reports claimed that she argued with her aunt Janet Jackson at Joe's funeral.

According to Radar Online, Paris and her aunt refused to speak to each other and allegedly kept far away from each other during the funeral service.

Paris tweeted that people needed to stop with the "stupid" rumours.

janet and i haven’t argued in over 6 years, stop with these stupid rumors. i have nothing but love for my family and they all know it. fuck off

Fans of the Jackson family flooded Paris' mentions in support, saying that people needed to let them grieve in peace.

SOOOOO when people would mind their own business and leave people alone? like honestly y'all let this family breathe. pic.twitter.com/jC3eNDAzRf

you don’t deserve these rumors. nobody deserves them. keep your head up high. to whoever is saying those rumors about you have nothing better to do than ruin relationships. we love and know you love your fam!!! 💕 💗

I’m so sorry people feel the need to try and upset and spread rumours about you and your family, when are they going to leave the Jackson alone? Haven’t they been through enough ?

It's a shame that radar has to spread rumours about your family even during private and sad moments like the funeral of your grandfather. So disrespectful. They are too much!

Xolani Gwala is in remission from colon cancer

Xolani Gwala is officially in remission from colon cancer.
TshisaLIVE
3 years ago

Tessa Twala has advised women not to remain silent.
TshisaLIVE
3 years ago

Skolopad is sick and tired of people thinking they can get more money out of her because she's been on TV.
TshisaLIVE
3 years ago