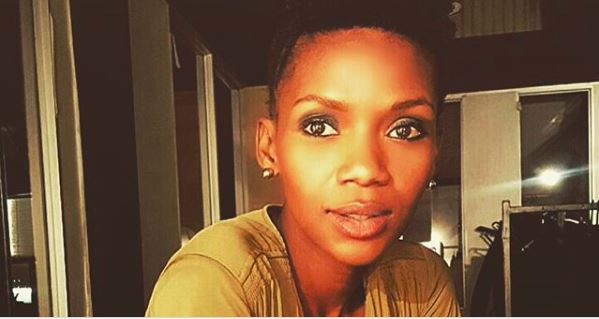 Actress Nokuthula Ledwaba is still investing in her international dreams.
Image: Via Instagram

A few months before being cast on Abomama, which hands down became one of the hottest shows on the small screen, Nokuthula Ledwaba was left devastated over not bagging a role in Hollywood.

During an interview with Drum magazine Nokuthula reflected on how heartbroken she was after she was rejected for a role on a Fox TV show.

"I had a life-changing, massive audition for an international show that was going to be on Fox TV, but two months later I heard I didn't get it. I was gutted for months. After that I thought, 'I don't want to act for the rest of the year,'" she said.

The actress added that two months later her agent called her about Abomama and after reading the script she was hooked.

Nokuthula who plays the role of Mapule on the Mzansi Magic series said she knew that even though she wanted her Hollywood break, she was meant to be here.

Abomama is based around four church women who stumble upon a large sum of money, which obviously spells trouble for them and their morals.

The first season of the drama came to an end earlier this week and fans are already calling for another season.

Even though Nokuthula has played some impressive roles over her 15-year acting career, she told Sowetan that she still has many more roles to still conquer.

"There are still many roles that I'm still waiting for, but this (Abomama) has been great," she said.

L-Tido has signed to Universal Music, after ten years of being an independent artist and he shared that it took over five months to negotiate to ...
TshisaLIVE
4 years ago

Skolopad said she wasn't giving up what she already has, she just wasn't willing to be heartbroken by dreams that might not happen.
TshisaLIVE
4 years ago

"I don't know why people assume that because I am living with albinism, I would not be confident," said Boitumelo Mainganya.
TshisaLIVE
4 years ago

Tessa Twala has advised women not to remain silent.
TshisaLIVE
4 years ago