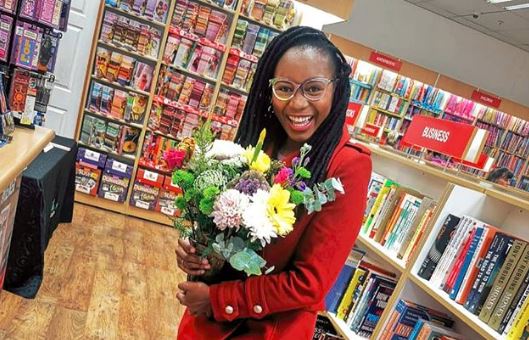 Author Jackie Phamotse has won an award from the African Icon Awards for her book and contribution to literature.
Image: Via Instagram/JackiePhamotse

Jackie Phamotse has been recognised for contribution to literature in Africa by the African Icon Awards in Lagos, Nigeria and will accept the award for Literary Icon of the Year for 2018, in the midst of the ongoing court case against her.

Jackie, who is the author of Bare, is one of the seven winners selected annually by the board of the governing council of the prestigious awards.

"I am deeply honored and it came at a perfect time. My work is my pride and this will give any girl in Africa hope that anything is possible. Even in bad times we can still stand and keep following our course. I am extremely proud to be recognised in Nigeria as an icon! It’s been a tough journey but worth it. I stand for many women, old and young and this is my way to carry on with Mama Winnie Mandela’s legacy," Jackie told TshisaLIVE.

While the recognition calls for celebration, back at home Jackie has been slapped with  crimen injuria charges laid against her by business moguls Basetsana and Romeo Kumalo.

Basetsana and Romeo Kumalo hit back at sex rumour

This after, a controversial tweet by Jackie about a high-profile businessman allegedly being implicated in a gay sex tape went viral on Twitter. Even though Jackie did not name anyone in her tweets, Twitter implicated Bassie and Romeo in the scandal.

The author, who tackles societal issues such as the blesser/blessee phenomenon in her book Bare, said she was glad the win came at this point in her life because it gave her validation that her work is important.

Jackie has been accused of using controversial methods, such as tweets about a secret underground sex ring called the Hockey Club, to publicise her book.

She told TshisaLIVE that the award would open more doors and would empower more women to speak their truth no matter what.

"I believe strongly in education and women empowerment and unfortunately women are faced with more challenges in society and social ills seem to have become the leading force among many women in Africa.

"This award will open more doors and raise awareness to many people who are fighting the same issues. I hope people see me as an example or bravery and courage. I am fighting against an environmental climate and social system that was meant to destroy us as women."

The Kumalo's and Jackie appeared in the Randburg Magistrates Court last Monday however the case was postponed to later this month.

Jackie said that she chose to focus on the positive things that were happening around her. She explained that legal proceedings were still underway and that she was under a gag order.

"The gag order is just like a warning that says that I should not speak about the details of the court case or release any information or speak about them (Basetsana and Romeo Kumalo) while the case is still under investigation."

L-Tido has signed to Universal Music, after ten years of being an independent artist and he shared that it took over five months to negotiate to ...
TshisaLIVE
3 years ago

IN MEMES | Cheaters SA? Here... in Mzansi guys? This will NOT end well!

If the show did come to life it would be lit AF.
TshisaLIVE
3 years ago

Skolopad said she wasn't giving up what she already has, she just wasn't willing to be heartbroken by dreams that might not happen.
TshisaLIVE
3 years ago

Strings and Bling is here & we’re obsessed! Here are 5 reasons why!

We were never ready for the greatness that is Strings and Bling... Twitter agrees!
TshisaLIVE
3 years ago