Next Mission Alert | Mshoza wants to fill up stadiums just like MaBrrr! 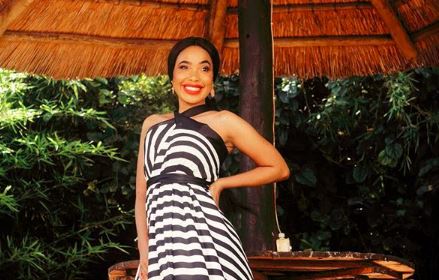 Mshoza wants to remind Mzansi what she is about... music.
Image: Via Instagram

Mshoza is over her relationships hogging headlines and has her eyes  set on a much bigger dream, which she believes will have her name etched in the history books.

Mshoza told TshisaLIVE that she was on a mission to remind Mzansi and the world who she is and what she now stands for.

"I want to be the first female artist after the late Brenda Fassie to fill up stadiums and share my music with my people, I feel that now is the time for South African female artists to stand out," said Mshoza.

Even though Mshoza was shy to share too much detail as she said she was still in talks with different stadiums and other stakeholders.

The Kortes hitmaker said it was all part of her plan to show the power and resilience of women. Mshoza said that this was also part of her mission to help and empower abused women.

However, he said it was important for them to wait for the right time share all the details.

"We can't give full details as yet. We can only say watch the space. We are taking Mshoza's brand to the world, imagine a kwaito filled nation."

Another reliable source told TshisaLIVE that Mshoza was keeping her head down and was focused on trying to recruit more females to collaborate with her and make her dream come true. The source said that she planned to approach major female acts and may even extend the invite to international artists.

We'll be watching the space...

George Clooney is being treated in hospital for a hip injury after the accident.
TshisaLIVE
4 years ago

Zodwa: They couldn't judge my dress, because they didn't judge J.Lo for hers

Zodwa Wabantu said she was proud to show her meat and got heartfelt messages from other women who complimented her.
TshisaLIVE
4 years ago

This is one of the most beautiful proposals we've ever seen!
TshisaLIVE
4 years ago

Government speaks out on Arthur Mafokate joining #100MenMarch against abuse

"The charges faced by Mr Mafokate and his alleged conduct are in direct conflict of the ethos of #100MenMarch," read the statement issued by the SA ...
TshisaLIVE
4 years ago