Well... at least not too much. 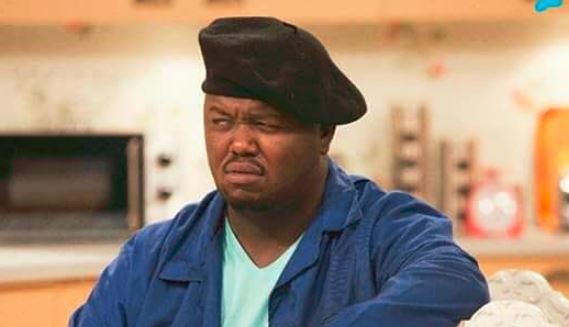 Comedian Skhumba says after 14 years of Blacks Only show, people should know it only gets better.
Image: Via Instagram

Skhumba has been called a bully, crass, rude and almost everything in between on social media but he maintains that if just one person gets the joke and laughs out loud, then his job is done.

Speaking to TshisaLIVE the comedian explained that what differentiates a comedian from an average Joe was the art of telling a joke, albeit it offending, and managing to make people find the humour in it.

"People should know by now that the job of a comedian is to offend... that's what we do and that's why people keep coming and should come to comedy shows. Well, because we do it so nicely and you go home happy and laughing."

Anybody who has seen Skhumba live will tell you, that no one in the audience is ever completely safe. Because, if Skhumba sees you and something about you sparks his creativity, best believe he's coming for you.

"Ahh... me I don't prepare as much, I always have material. I mean I don't wanna miss a chance to have a go at that funky leather jacket or that messed up wig. Yoh, imagine missing the chance to do that! So my plan is: get there, look at the front row and the rest is history."

Skhumba laughed when asked what he had to say to people who were even offended by the name of one of the biggest comedy shows in SA, the Blacks Only comedy show.

"It's not an apartheid show. That show is 14 years old and going strong into its 15th. Blacks Only as a name has never been used to exclude anyone, I mean we have a white guy on the line-up, who may even be funnier than all of us there.

"If people are still looking for some deep meaning in the name then they are probably newbies because they don't know the history behind the event itself. That is one of the biggest platforms we as comedians have to showcase our talents"

Skhumba encouraged everyone to come watch the 15th installment of the Blacks Only show. He promised that it would serve nothing but flames.

"The show is going to be amazing and the line-up is dope. People who are waiting for last minute to call me for tickets should also just forget. You don't want to regret it hey... just do the right thing and buy the ticket now. It will be worth every cent."

Now in its 15th year, the show is the biggest and boldest Blacks Only show yet. Aside from the transnational contingent, it features 10 of the country’s best comic talent, including David Kau and Tumi Morake among others.

Blacks Only: Joke Appropriation Without Compensation takes place at The Ticketpro Dome on August 11.

The DOME ....... tickets are available at Computicket..... for more info @davidkau or @realconcerts

Finally! Uyang'thanda Na? is back and Twitter is mad excited!

This season promises to be lit.
TshisaLIVE
3 years ago

Are you kidding us? Phumzile Sitole joining #OITNB is a big deal! Halala!
TshisaLIVE
3 years ago