IN MEMES: Eintlik... how many lives does The Queen's Vuyiswa have? 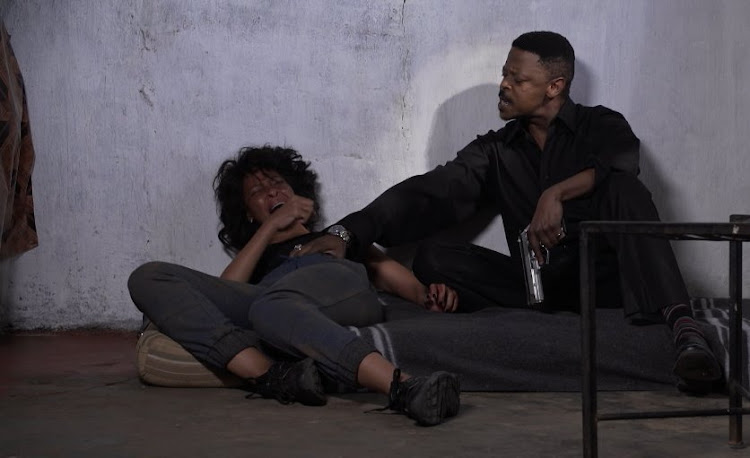 A cat, with its nine lives, used to be the holder of records where chances are concerned, until The Queen’s Vuyiswa came along with her ten lives… that woman just won’t die!

Vuyiswa, who is the detective and one of the characters in the soapie that has gone through hell and back, has been shocking viewers with her unrelenting will to live.

The woman has been chased by criminals, dumped by the love of her life, abducted, kidnapped and last night she was shot (for the second time)… and yet she’s still breathing!

Vuyiswa or Vee as her fans call her has been physically and emotionally abused by her capturer Diamond and every time it looks like she’s about to break free, Diamond stops her in her tracks.

Even after last night, where it looked like Jerry may have finally rescued Vee, fans still believe Diamond is coming for her and her 11th life.

#TheQueenMzansi so Vee is immortal vele??shot twice at the back and still lives?? I'm unable to can... pic.twitter.com/A8F70UO18A

#TheQueenMzansi so balance me here two bullets frm behind n none of them did any damage kogo Vee, pic.twitter.com/icJsY7v0BS

I will belive Vee is dead when I see her body
I refuse to accept it #TheQueenMzansi pic.twitter.com/ct6BSTNGqT

At last Diamond is dead but why exactly did Mr Radebe want him alive ...Vee is a cat she has 9 lives she will get through this one too #TheQueenMzansi #aphrodite phille pic.twitter.com/m5bjWfp1fv

Bathong maar what’s happening with #TheQueenMzansi though? This is too much and I don’t think Vee will make it this time 😨😨😨😨😨 pic.twitter.com/sj2tEoDu7Z

Actor says he was sad to leave but would welcome a return to the popular soapie.
TshisaLIVE
4 years ago

Jay Anstey was not impressed by Nandi wearing fur.
TshisaLIVE
4 years ago

Sjava says copying other musician's styles is too rife in the industry.
TshisaLIVE
4 years ago