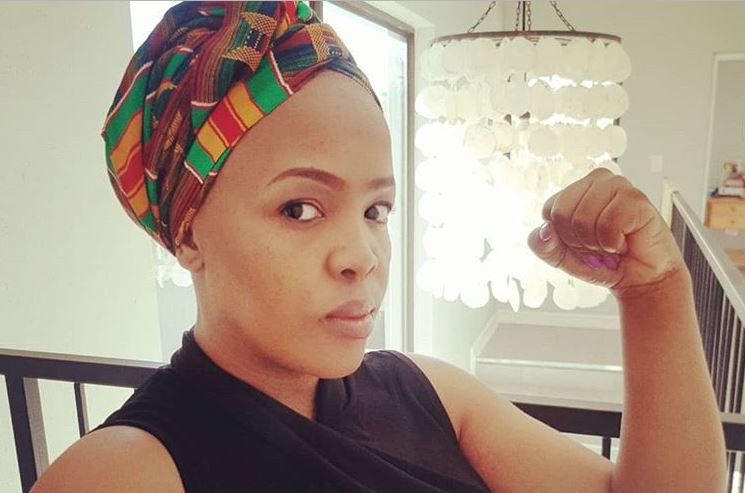 Tumi says that Bonang is not a failure and she was not shading her.
Image: Via Tumi's Instagram

Tumi Morake is gatvol of people constantly accusing her of throwing shade at Bonang Matheba and has told her haters to stop fueling a non-existent fire.

Tumi was once again dragged by Bonang's army on Tuesday after she discussed their queen's book on her show on Monday night and jokingly refused to mention B by name because of the hate she might get.

Well, some fans even saw that as shade and took to social media to claim that Tumi was gunning for Queen B.

Tumi was fuming over the accusations and warmed her Twitter fingers to give haters a piece of her mind.

She asked them to bring proof of the hate she apparently had for Bonang, and labelled the claims "petty as F".

So save me.some.time.and tell me.what the f*** I said that was so bad. This is pretty as F now. Aowa. We've even asked singers about songs they wish they had sung, we asked @lesleymofokeng about a book that literally flew off the shelves. The context is clear.

Ha or rogane, you can't go accusing me of thing vroeg so and expect me to be on my best behaviour. And this shade I throw, maybe ke dom, but I need it blatantly said gore what did I say that was so bad? Ignore the f's and answer me that

Define constant bra? When this season started, I closed off by saying "say what you will about @bonang_m you can never bring her down because she has reached incredible heights in this industry. Y'all don't care about.that. you just need me to hate her.

Feedback and personal attack are very different Hun. I don't pull.other women down and I will not accept being accused of it.

Where did Bonang fail? Now you are sounding ignorant. Big books, big stars, that was the convo. Selective hearing is tragic

Tumi went on to explain that she didn't name Bonang because she knew how fans got touched so easily.

I said "she who won't be named because we are afraid of the Force- no Stan of any other celebrity comes after us when we talk about them, on this show. We were discussing famous books. Hers is HUGE and Lesley had mentioned it in pre-interview. Jeez. I give up.

We even made fun of Somizi's book, nobody batted an eyelid. In fact that's the only book we took the mickey out of
One mention of the other book and you are up in arms?? It was getting silly that we can't say a name or is that not what is upsetting you? Cc @GlenBidermanPam

Tumi's relationship with Bonang came under the spotlight last month when B's fans warned her not to go on the comedian's show. Tumi later responded by saying she had nothing against Bonang.

I'm gonna say this once: I have nothing against @bonang_m #wtftumi takes the mickey out of everyone who makes headlines. Now, kindly get the f*ck off my TL and keep me off your badly researched articles, it's BEEN boring. I have important sh*t to worry about. Thanks bye 🙄🍸 pic.twitter.com/VMrBu0EdqA

Bonang Matheba has declined an offer to appear on WTF Tumi.
TshisaLIVE
4 years ago

Zodwa said her post about getting the land was aimed at celebs, not her fans.
TshisaLIVE
4 years ago

Jay Anstey was not impressed by Nandi wearing fur.
TshisaLIVE
4 years ago