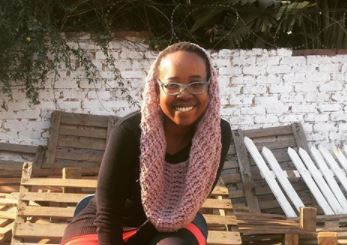 Ntsiki Mazwai says that we should acknowledge Winnie Madikizela-Mandela during the centenary celebrations.
Image: Via Instagram

Ntsiki Mazwai once again caused a heated debate on social media after labelling the legacy of former president Nelson Mandela a money making scheme and a "bunch of elitist bullsh*t".

The musician has often spoken out about Mandela's legacy and again warmed her Twitter fingers on the issue during celebrations honouring the statesman's 100th birthday.

While events were held around the world to honour Tata, Ntsiki shared her thoughts on the euphoria.

She added that he was not the only man to fight the apartheid system and said his contribution was overhyped. She also said that "you cannot celebrate Nelson Mandela without acknowledging Winnie Mandela."

"Nelson Mandela's contribution to the struggle is over inflated...there were many trees in the forest," she wrote.

In fact, Ntsiki told fans that she would spend her 67 minutes to remember Mandela by celebrating his ex-wife.

Mandela's legacy came under the spotlight earlier this year after Ma Winnie's death, when a documentary about her life was aired. It was alleged in the documentary that the ANC allegedly gave Madiba an ultimatum to divorce her or lose the presidency.

As a result, many label him a "sell out" in the struggle against apartheid and making concessions during post-apartheid negotiations.

Ntsiki has previously told fans that she believed Winnie was stronger than Madiba and that "we chose the wrong Mandela as president."

Ntsiki Mazwai on her love-hate relationship with DJ Sbu's Mofaya

Ntsiki isn't against DJ Sbu, she just isn't into the selling alcohol idea...
TshisaLIVE
4 years ago

"Oprah Winfrey is a white creation."
TshisaLIVE
4 years ago

Musician donated R5,000 for the library to get a new look.
TshisaLIVE
4 years ago