Somizi also responded to a comedian's open letter claiming The Idols SA judge and his 'gay friends' dressed like clowns. 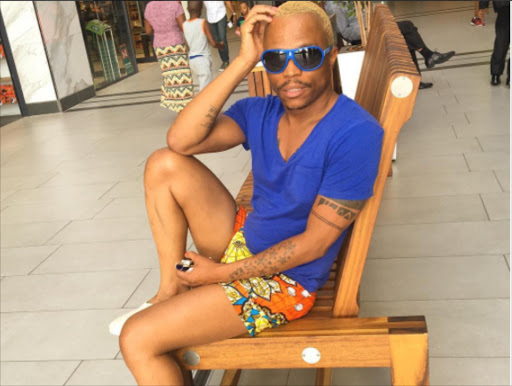 Somizi says he wants homophobic slurs to be classified the same way as racial ones are.
Image: Via Somizi Instagram

TV and radio personality Somizi Mhlongo has appealed to the South African Human Rights Commission (SAHRC) to take on homophobic slurs in the same way it fightS racial ones.

Somizi met with the commission recently to discuss the matter after two social media messages he claims targeted him because of his sexuality.

Speaking on his Metro FM breakfast show with DJ Fresh this week, Somizi said he was going ahead with action against Lia Meyer who tweeted using the K-word in reference to him last month. She later said her Twitter account had been hacked.

He also responded to a recent open letter from a Twitter comedian Careless De who claimed Somizi and his “gay friends” dressed like clowns.

The comedian told TshisaLIVE that he apologised for any offence that may have been taken and said that he had no problem with those who were gay or bisexual.

"I just paid lobola for my girlfriend - we are going to make it official on the first of December. This shows I don't have a problem with gay people because my girlfriend is bisexual. My girlfriend used to date girls and I love her the way she is. The video I posted was just a joke and I do apologise to those I have offended," he said.

But Somizi has decided to use the two examples in his request to the SAHRC.

"I found it (the open letter) offensive and homophobic then I challenged the Human Rights Commission. I said to them ' I am challenging you. The same way you made it illegal and a crime for someone to use the K-word, it is the same thing I want from now on.'"

He said that even jokes could lead to people being victimised for their sexuality.

"It is not necessarily something we say -  that we take homophobic hate speech as seriously as racial hate speech -  but it goes without saying. Hate speech is hate speech. We have taken people to the equality court on this matter and on numerous other matters, not just racial."

Somizi Mhlongo is determined to teach racists that there is no place for them in society.
TshisaLIVE
3 years ago

A student whose Twitter account was used to aim a racist and homophobic tweet at “Idols SA” judge and radio personality Somizi Mhlongo says she fears ...
TshisaLIVE
3 years ago

Somizi received a pair of gold plated sneakers as a gift.
TshisaLIVE
3 years ago