"It doesn't have to be about witchcraft," that is not what supernatural means for Africans. 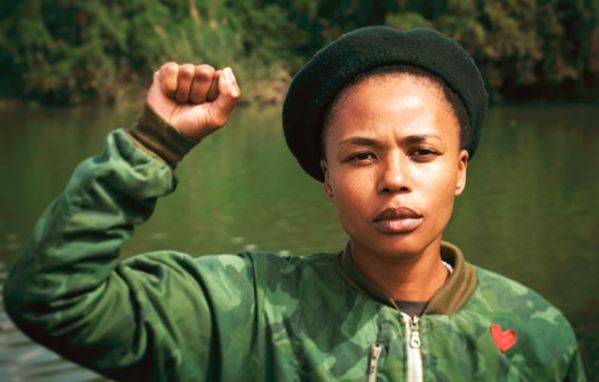 There's a mystical series that is about to hit Mzansi on Sunday night and Thishiwe Ziqubu is taking on the existence of a different realm and confronting a supernatural power in a four part series.

Thishiwe told TshisaLIVE that the mystical series, which airs on SABC 1 from July 22 will leave viewers with a new outlook on the supernatural world.

"I have always felt that Africa should be a leader in the mystical narrative because that is the heart of our philosophy.

"So when I got a chance to create this project and to develop this concept I wanted to show that supernatural content doesn't have to be about witchcraft! I am more interested in internal, psychological explorations of what happens to us when we come face to face with what lies out there."

Emoyeni is a four-part television mini-series where the spirit realm directly interacts with the ordinary world. It consists of four stand-alone films where troubled individuals undergo other worldly experiences that defy logic and propel them towards major transformation.

Thishiwe is the creative producer and head writer of Emoyeni. She also wrote two of the four films and directed one of them. Other directors on the series are Mmabatho Montsho, Perivi Katjavivi and PJ Makosholo.

"It is a joint venture but for my part, yes, it was informed by my perspective on spirituality. See for me, it is a fact that there is so much more than just our own existence. It is not propaganda or dogma, but it asks that question, 'is there anything outside of us?'"

Thishiwe said she wanted to give a different outlook to the understanding of "supernatural" as an African and as a South African. She said she was tired of the pushed narrative that supernatural means witchcraft.

"I am personally tired of the direct link of supernatural with witchcraft because it is false, boring and at times insulting."

The actress, turned producer and director, also admitted that being behind the scenes exposed her to some industry politics, such as small budgets.

Distruction Boyz say they feel like the West Ink boss exploited them.
TshisaLIVE
4 years ago

Yoh! There is levels to this stabbing thing, hey?
TshisaLIVE
4 years ago

Zodwa said her post about getting the land was aimed at celebs, not her fans.
TshisaLIVE
4 years ago