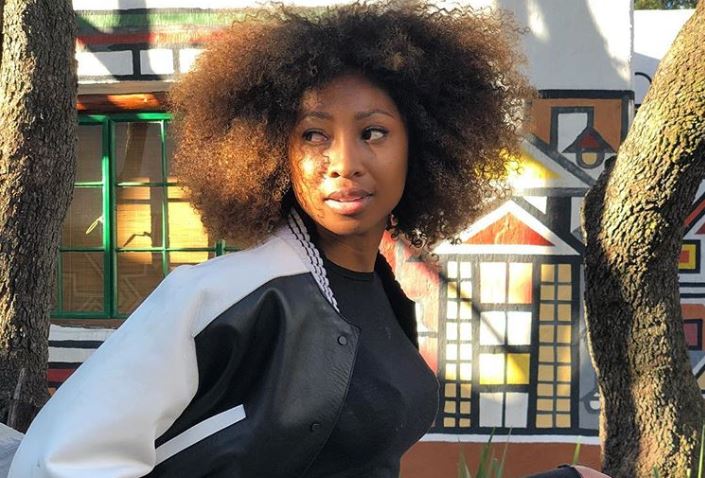 Enhle was held up during an attempted hijacking on Wednesday.
Image: Via Enhle's Instagram

Hundreds of fans filled social media with prayers for actress Enhle Mbali on Wednesday night, after an attempted hijacking left her hospitalised.

TshisaLIVE broke the news on Wednesday evening with Enhle's friend, Jarred Doyle saying she was taken to hospital, because she was "hyperventilating and her body froze during the incident".

Enhle was held up by three armed men, two with guns and one with a hammer, on Wednesday afternoon in Hyde Park, Johannesburg, while driving in a new Porsche which her husband DJ Black Coffee had bought her.

The thugs left the car but took her jewellery.

Soon the internet was flooded with messages of support from shocked fans, who were just grateful she was already recovering.

*TshisaLIVE earlier reported that Enhle's friend Jarred was also held up. That is incorrect. He was at the scene after it happened.

😢 Thank God she is alive

God be with u @enhlembali

Ahh shit, dj black coffee's wife Enhle has been hijacked and she now hospitalised, all the prayers, we wish her speedy recovery

@enhlembali praying you are doing OK. What an ordeal to go through! It must have been hell. Hugs and best wishes🤗

Black Coffee was also held up at gunpoint in an attempted hijacking early last year.

While many brought up crime statistics to show how hijackings were "a reality" in Mzansi, others feared that Black Coffee might now take his wife and children overseas with him.

These criminals aren't giving us a break stru

Eish... Anybody can be touched. pic.twitter.com/L8yu3nAyVR

Kanti what’s wrong with ppl?? It’s like the 2nd time.

Black Coffee will end up moving to Spain yaz https://t.co/w5PIguhKK8

According to his Twitter location, Black Coffee is currently in Spain probably preparing for his shows this weekend.

And although Black Coffee has not commented on the incident, he did post a message on Twitter that many saw as a prayer for Enhle.

TshisaLIVE can confirm she was attacked by three armed men earlier today.
TshisaLIVE
3 years ago

This is how Enhle rocked BeyChella

While most of us were watching the social media streets for news of Coachella and other's had enough data to livestream Beyoncé's epic performance, ...
TshisaLIVE
4 years ago

If there was ever any son-in-law Olympics, then Black Coffee has won everything!
TshisaLIVE
4 years ago