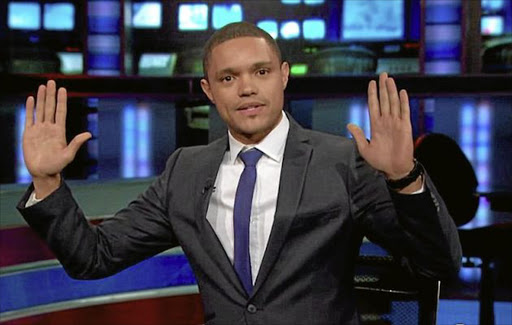 Trevor Noah responds to criticism over his remarks on France's World Cup win being a win for Africa.
Image: TREVOR NOAH/FACEBOOK

Trevor Noah has responded to claims that he was shading the French government and  their football team's World Cup win, after receiving a letter from the French ambassador in America.

Trevor raised eyebrows and sparked a raging debate earlier this week when he posted a picture of a boat carrying refugees taking the World Cup to France.

He later joked on his show that Africa had won the World Cup.

Although Trevor did not caption the picture to share his thoughts on it, many on social media accused him of "racism" and of trying to erase their French identity.

French ambassador Gerard Araud also wrote a strongly-worded letter to the comedian, arguing that "nothing could be less true". He pointed out that only two of the 23-man squad came directly from Africa and that other players' parents had moved to France.

"This, even in jest, legitimises the ideology which claims whiteness as the only definition of being French," he added.

Trevor did not take the criticism lying down and hit back at the letter. In a Between the Scenes segment on his show, Trevor said that he understood the argument but coming from South Africa he noticed how many Africans celebrated the French achievement.

"Why can't they be both? Why is that duality only afforded to a select group of people. Why can't they be African too?...So, you can't be French and African at the same time? Which I vehemently disagree with."

He added that being French didn't erase their African heritage.

Watch the full (and explosive) response below.

So, since the World Cup is over you can have your bae back.
TshisaLIVE
4 years ago

TshisaLIVE can confirm she was attacked by three armed men earlier today.
TshisaLIVE
4 years ago

Trevor Noah and his team have been nominated in the Best Variety Talk Series category at the 70th Annual Emmy Awards.
TshisaLIVE
4 years ago