Lerato Makhetha's dark days: I felt like I was failing as a man & provider 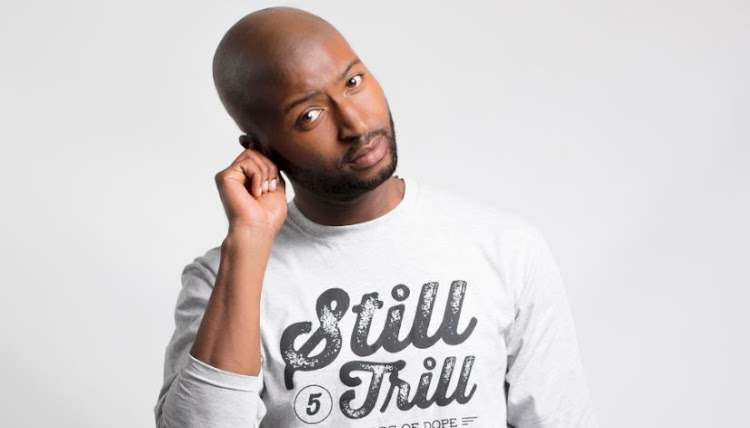 Isidingo star, and son of veteran actor Jerry Mofokeng, Lerato Makhetha may be winning at life at the moment but was once so down, he felt like a failure to his young family.

Lerato, who plays the role of Ntando Sibeko on the popular soapie, is juggling a growing music and acting career, but told TshisaLIVE that it has been a 15-year journey to try to break into the industry.

He said that for years he's starred in small productions, but would run out of money and be forced to return to corporate jobs.

The actor said the lowest point came four years ago when it felt like it was the end of the road.

"I had got into those moments where I was out. I was playing in a band but couldn't break through. My wife, my daughter and I were evicted from our place. And in that moment I am still going for auditions and getting rejected. In that moment, I am busy playing gigs but the money (I am earning) is not enough.

"In that moment I am supposed to be a man, a husband and a provider and I felt like I was failing. That was my lowest point. I struggled to look at myself in the mirror."

Although proud of his son, Jerry didn't encourage him to be an actor and thought it might be a phase.

"I understood where he was coming from and I don't hold it against him. He didn't want me to be a jack of all trades and master of none. He wanted me to focus on music and not distract my dream by chasing acting. I am glad because that pushed me even more toward my dream. To show that I could make it on my own."

“Commitment is the foundation of great accomplishments”. Today we celebrate 3 weeks of ‘The New Ntando’ on @isidingo_ ... Best ride of my life yet 😁. A massive thank you to @sabc3, #Isidingo producers, directors, cast and crew for making this journey more than a pleasure. You are all appreciated 🙏🏾 #Isidingo20Years #Ntando #NtandoSibeko #LeratoMakhetha

Lerato has been on our screens now for almost a month, after replacing Loyiso MacDonald in the role. He admits that he saw flames during the first few days on set but it was nothing like the raging fires on social media over the decision.

"I completely understood that some people may have been offended and may want 'their Ntando' back but the reaction was mixed. I am happy that it happened at the age of 31 because I have reached the maturity to realise that this is not a personal thing. I shouldn't take it personally."

TshisaLIVE can confirm she was attacked by three armed men earlier today.
TshisaLIVE
3 years ago

Pearl Modiadie has been left confused by the claims.
TshisaLIVE
3 years ago