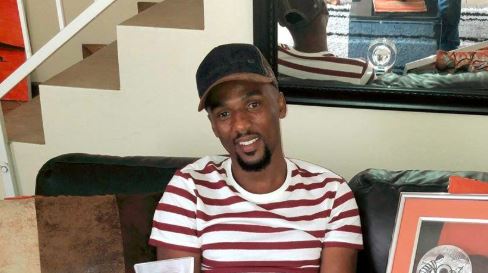 When you break into the scene with a song as big as Nathi Mankayi's Nomvula was, then you can never truly escape the pressure to top your own brilliance, but Nathi doesn't let that stand in his way.

Nathi is ready to share his third offering titled, Iphupha Labantu and told TshisaLIVE it will be well worth the wait.

"It's not different from my first two albums, because I still sing about love. But people will easily pick up the maturity in how I share my life story and how the musical aspect of the album is set up. I know for sure they will enjoy it, because I enjoyed making it."

After much speculation over the reasons that led to the end of Nathi Mankayi's working relationship with Muthaland Entertainment, the musician has ...
TshisaLIVE
4 years ago

Since dropping Buyelekhaya in 2015, Nathi's name has remained high up in the list of talented male artists in Mzansi. However, his sophomore album, Umbulelo Wam, didn't match or surpass his first and some of his followers were losing faith in him.

"Umbulelo Wam was also a brilliant album. The fact that it didn't do as well as Buyelekhaya has nothing to do with how good the album was. It didn't do well because of the other things that were happening at the time."

In that time, Nathi also left Muthaland Entertainment after saying that he felt he allegedly wasn't given enough space or support to be as creative as he wanted.

A mere month later, Nathi is sure that his third offering will blow his fans out of the water.

He explained that this time he was not under any pressure and he felt he had enjoyed absolute freedom when he created his music.

"This album is filled with encouraging messages and messages of hope. Like I said the overwhelming theme is love, but there are a few songs about God as well. I am known for mostly my mellow songs but this album also have songs that will make you want to dance and celebrate love."

There is already a challenge out on the social media streets for his new single, Qeqe.

Iphupha Labantu will be out on July 27.

Watch this one below:

Khanyisa Bunu's role as Dambisa has impressed Scandal! viewers but she's here to tell an important story.
TshisaLIVE
3 years ago

Pearl Modiadie has been left confused by the claims.
TshisaLIVE
3 years ago

Somizi also responded to a comedian's open letter claiming The Idols SA judge and his 'gay friends' dressed like clowns.
TshisaLIVE
3 years ago

Although Black Coffee has not commented on the incident, he did post a message on Twitter that many saw as a prayer for Enhle.
TshisaLIVE
3 years ago