German footballer Mesut Özil has brought the issue back into the spotlight with a stinging letter to his country's soccer bosses. 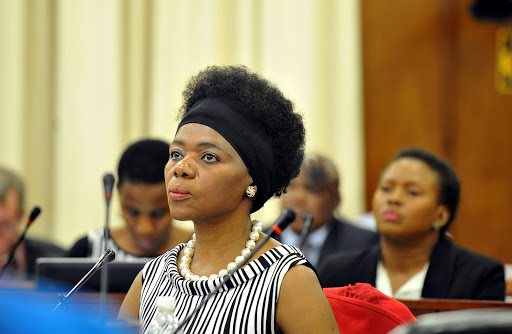 Former Public Protector Thuli Madonsela took to Twitter to claim that Trevor was "not getting" the French ambassador's reasoning.
Image: Gallo Images

Former public protector Thuli Madonsela has joined the ongoing debate around immigrants and Africa's right to claim some of the world's best talent as their own.

Trevor Noah voiced what many Africans had BEEN saying when he claimed that the French soccer team's victory at the World Cup was a victory for Africa. He was slammed by French ambassador, Gerard Araud for this, with the politician claiming the comedian's comments "legitimises the ideology which claims whiteness as the only definition of being French."

While Trevor hit back by saying that a person could be both French and African, Thuli took to Twitter to claim that Trevor was "not getting" the ambassador's reasoning.

"I respect Trevor Noah’s line of reasoning but I believe he is not getting the French ambassador. In America we don’t call families like the Trumps German American or German but that does not take away their ancestral identity," she wrote.

Thuli's page was busier than the shops over the festive season, with followers taking sides on whether it was right or unnecessary to actively claim the French immigrants as African.

But the argument was taken to the next level when German footballer Mesut Özil pointed out that he was only German when the team won but was labelled an immigrant when they lost.

The star, who has Turkish roots, defended his decision to pose for a controversial photograph with Turkish President Recep Tayyip Erdoğan in May and wrote: “I am German when we win, but I’m an immigrant when we lose".

He said the treatment he had received from the German football federation led to him quitting the team.

"When high-ranking DFB officials treat me as they did, disrespect my Turkish roots and selfishly turn me into political propaganda, then enough is enough. That is not why I play football, and I will not sit back and do nothing about it. Racism should never, ever be accepted."

He added that "people with racially discriminative backgrounds should not be allowed to work in the largest football federation in the world that has many players from dual-heritage families."

So, since the World Cup is over you can have your bae back.
TshisaLIVE
4 years ago