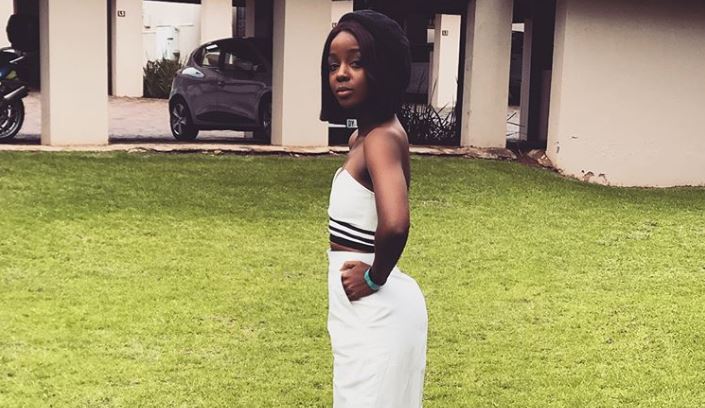 Thuso Mbedu says she is quarter to moving overseas.
Image: Via Thuso's Instagram

Thuso Mbedu may not be struggling as much to find acting gigs as she did in the past but the star says she is "still not out of the woods" and wants to secure her future in the industry.

Thuso told TshisaLIVE late last year that she struggled to find work before and after her Is'thunzi gig, which earned her an international Emmy Award nomination.

Speaking to DJ Fresh on Metro FM this week, Thuso revealed that things were looking up and as she prepares to make her debut on popular soapie Generations: The Legacy, she and her sister have bought their own townhouse.

"I am not out of the woods yet. It is a lot better in terms of work, specifically acting and TV productions, but muntu will get a commercial, commercials pay much better, and with that it is still that savings game."

Thuso said that Generations had approached her before to be on the show but now that she has finally joined the cast, she sees it as a step towards leaving the country for an international career.

"I am trying very hard. At least, when I go international maybe they will take me a little more seriously in South Africa and we'll be able to make a difference in the industry. You know you are celebrated but our industry really does not respect us."

Thuso opened up about "being used" in an interview with TshisaLIVE earlier this year and said that actors were dispensable.

"After the Emmys things turned. The glitz and glamour of the Emmys disappeared and one was left dispensable. The truth is we are very dispensable. The moment you have something to offer, you are used but then you become dispensable again. People think that getting the next job is really easy, but it is tricky."

German superstar footballer Mesut Özil brings the issue back into the spotlight with a stinging letter to his country's soccer bosses.
TshisaLIVE
3 years ago