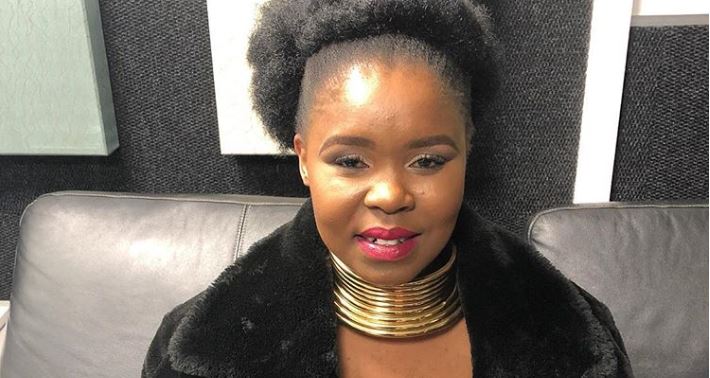 Zahara says that people need to understand that they can't just come for her.
Image: Via Zahara's Instagram

Zahara is not about that throwing shade life, but she isn't gonna just sit around and watch her career get disrespected.

The singer had the internet in a stir earlier this month when she responded to a fan questioning whether she was still relevant by bringing the receipts of her successful career so far.

I don't release singles! I release an album because I tell a story in my music, from track 1 to 12. https://t.co/deXrdURKaj

Zahara's fans were quick to hail her the Queen of Shade for her comments and told the follower not to come for their idol.

Speaking to TshisaLIVE, Zahara said she had to put the person straight and would not tolerate people coming for her career.

"They can say things about me and I really don't care. I have heard it all and I know it is not true. But they mustn't say that I am not relevant or don't sell music. I am one of the most successful artists in the country."

Zahara has spoken out before about the "lack of respect" she sometimes got from fans in Mzansi, saying that she often travelled overseas where she was more appreciated.

"I have taken my music across Africa and I have won many awards. I have done everything I could here and now people have started to tear me apart. They focus on my private life instead of my music and they don't give me the same respect," she said late last year.

She said the success of her latest album has convinced her that some people are still listening, even though the hate really hasn't stopped.

"I have to be loved if I went Gold in six hours. People both her and overseas love me and listen to my story. That is enough for me to be happy."

Zahara: I wonder if I am doing right by Madiba?

"Mandela Day is not about showiing off or telling everyone you are a good person."
TshisaLIVE
3 years ago

Zahara speaks out on losing her house: 'It's all lies'

Zahara says everything is fine and if you don't believe her you can visit her at her house.
TshisaLIVE
3 years ago

Three star-struck pupils of an Eastern Cape school have been charged with bringing their school into disrepute after they abandoned their history ...
TshisaLIVE
3 years ago