AKA guilt trips followers: 'The rest of y’all full of dog s**t'

The rapper orchestrated another PR stunt when he declared war on 'fake fans'. 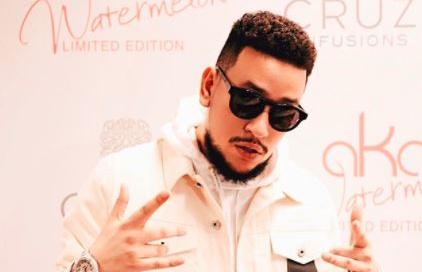 AKA has engineered another PR stunt.
Image: Blaq Smith

AKA has caused a massive Twitter storm after he went on the rampage calling out 'fake fans,' who don't support his music.

The frenzy started after the rapper was notified that he had over 3-million followers on Twitter.

AKA questioned how it benefitted him to have so many followers on the platform, saying  he would rather have more fans buy his album.

It's also evidently another one of AKA's PR stunts to promote his album.

I have 3.3 million followers on twitter. To the ones that have bought my album, thank you very much. I love you. ❤️ To the other few million of you fucking around .... https://t.co/9baKNbEiCR ... that’s why I don’t take y’all seriously on this fucking platform.

The rapper then asked fans to tweet pictures of themselves with his album, Touch My Blood.

Matter fact, it’s time to post yourself with your copy so we know who’s real and who’s fufu!!! #TouchMyBloodNOW IS THE HASHTAG!!!! 🔴🔴🔴🔴

AKA made it clear that he wasn't bothered about losing followers, retweets or likes - he only cares about real fans.

THANK YOU TO THE PEOPLE WHO SPENT THEIR HARD EARNED MONEY TO SUPPORT ME. I KNOW ITS NOT EASY FOR EVERYONE, SO ESPECIALLY TO THOSE WHO USED THEIR LAST R100 TO COP, I AM FOREVER GRATEFUL TO YOU. 🔴

After an hour AKA then, as expected, admitted that it was all a "drill" to get fans to feel guilty over not buying his album.

Thank You for this awesome session. This was a drill to see how guilty I could get you to feel about not buying my album, while making those who have, feel special about it. Thanks for playing, #TouchMyblood in stores now. Have an awesome day. ❤️

Since the Idols SA win, Karabo Mogane has been on a rollercoaster of distress but he's a better man now because of it.
TshisaLIVE
3 years ago

It looks like no weapon formed against #Somhale shall prosper after all...
TshisaLIVE
3 years ago