The TV host says he is still waiting for Trevor to "apologise for his racist and sexist mockery of Aboriginal women". 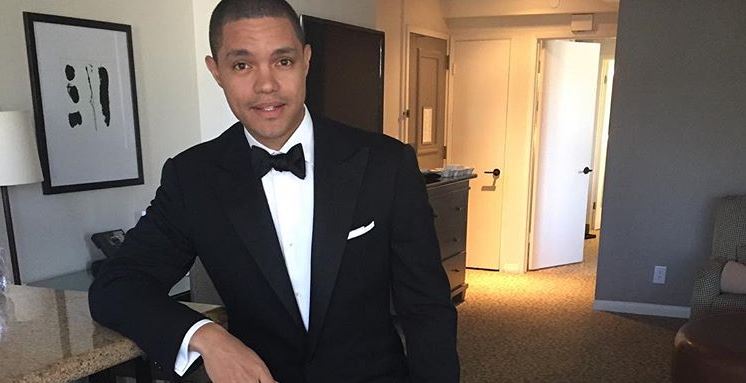 Trevor Noah has split social media over his comments about Aboriginal women in 2013.
Image: Via Trevor's Instagram

British journalist Piers Morgan has come out guns blazing against Trevor Noah and has called for him to apologise publicly for a 2013 joke, which he labelled a "racist and sexist mockery of Aboriginal women".

Outrage over the joke was re-ignited after Aboriginal activist and photographer LaVonne Bobongie shared a clip of it on social media, calling for a boycott of Trevor's upcoming Australian tour.

In the video, Trevor discussed the idea that there is no beautiful race before making a comment about Aboriginal women.

"And I know some of you are sitting there now going, ‘Oh Trevor, yeah, but I’ve never seen a beautiful Aborigine’. Yeah, but you know what you say? You say ‘yet’, that’s what you say; ‘yet’. Because you haven’t seen all of them, right?”

Piers joined the chorus of those calling for boycotts of Trevor's Australian tour and his late night TV gig, The Daily Show.

So @Trevornoah STILL hasn't apologised for his racist & sexist mockery of Aboriginal women.
Quite extraordinary.
Why is @ComedyCentral not telling him to? pic.twitter.com/qnzMz1MjHk

Trevor responded to the latest backlash by telling author and activist, Joe Williams that he vowed never to make jokes of that nature again, and hasn't since then.

"You're right. After visiting Australia's Bunjilaka museum and learning about Aboriginal history first hand I vowed never to make a joke like that again. And I haven't. I'll make sure the clip from 2013 is not promoted in any way."

While there has been a raging debate on social media, Trevor has found some support among local and international fans online who have rallied behind him.

Wena, Piers, you... you touch @Trevornoah you touch Africa, as in the whole of the continent! For once we have one of our own, making it on the big screens and you want to be here dimming his shine 5 years later!! Haai, voetsek man!!

Hands off @Trevornoah! When you touch 1 South African for the wrong reason, you touch 60 million. Did you not see what we did to #BellPotinger?

American comedians made uninformed, stupid jokes about Africa and we African laughed all the time knowing that these idiots have no idea what they are talking about. Trevor is also a comedian, if he must apologize it means all comedians awe us an apology. Chill people🤣🤣🤣

If you don’t like his show or his jokes, change channels, problem solved pic.twitter.com/YLSq0nBZB7

The world is becoming too sensitive. Comedy has always tested the boundaries. In fact art in all forms test boundaries and has never had to apologize for it. I cannot understand a society that bullies any form of art by censorshipt instead of shaping it through education.

The joke resurfaced amidst a storm over Trevor's comments about Africa winning the soccer World Cup because of the number of immigrants from the continent, who played in the French team that won the competition.

German superstar footballer Mesut Özil brings the issue back into the spotlight with a stinging letter to his country's soccer bosses.
TshisaLIVE
4 years ago