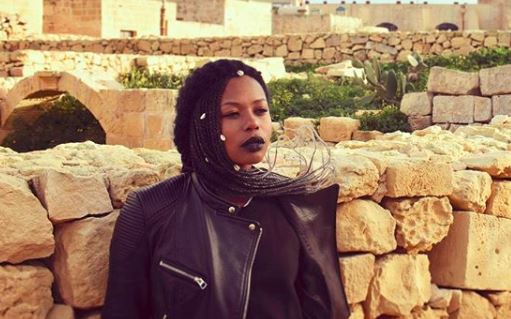 Thishiwe Ziqubu is no stranger to stopping traffic on the social media streets with her thoughts several topics, including religion and spirituality but that has never stopped her.

In a chat with TshisaLIVE just days after the debut of Emoyeni, the drama series she co-wrote and co-produced that aired on SABC , Thishiwe broke down her views on spirituality.

"See for me, it is a fact that there is so much more than just our own existence."

"Each and every one of us have a spiritual side and experience elements that just don't make sense (without the existence of a supernatural being). You find that you go through experiences that you can't explain and everyone has that no matter what they decide to name it. Others say intuition or fate, others say God or spirits, but we all agree that we are not alone and that there are other realms that we come in contact with."

Thishiwe & Mandisa: It wasn't a conscious decision to come out

Actresses Thishiwe Ziqubu and Mandisa Nduna have quickly become one of the hottest couples in Mzansi and flag-bearers for the LGBTIQ community, but ...
TshisaLIVE
4 years ago

Thishiwe has been confronted with both good comments, as well as, cringe-worthy homophobic comments after she publicly "came out" with her relationship with fellow artist Mandisa Nduna.

The actress also sparked a wide debate a few months ago on Twitter after she said she hated it when people pretended to speak for God in determining who can and can't love each other, in chat on Trending SA.

"It is disgusting how people feel that it is okay to take from someone, to rob them, to rape them, to attack them or even spew hate speech because they differ from you. Who gave you the right? Who gave you the right to decide that God, people like to put God in these things, said only a man and woman can love each other?"

"I have never had to come out. I have just lived as myself"
TshisaLIVE
3 years ago

Thishiwe said she channelled her own understanding of spirituality into the Emoyeni series but said that with the help of her co-creators the work pushed boundaries without insulting other people's beliefs.

"Part of the series is influenced by my view on a higher being; you know God and my personal understanding of another world. But part of it is not."

The actress said she generally didn't think that people would attack her personally for the spiritual direction of the series and that the approach in the series aimed not to distance anyone.

It is work she is proud of because it bears her name as well.

"I don't organically think in that way, I don't think about backlash. But we also really tried to steer away clear of anything religious. It's not about God, heaven, hell or angels... we stayed away from those terms that might distance people. The series is about whatever it is, whatever you call that interaction with another realm. We gave it a very human treatment."

Xolani Gwala steps out at 702 event, after beating colon cancer

Xolani Gwala was spotted at the annual 702 event.
TshisaLIVE
3 years ago