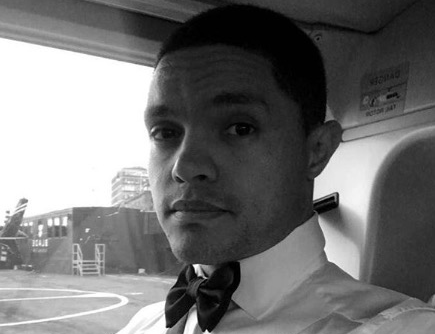 Trevor Noah has responded to the outrage over a 2013 joke that resurfaced this week.
Image: Trevor Noah Instagram

Trevor Noah has hit back at criticism over comments he made about Aboriginal women in 2013, saying he did not intend any harm.

Outrage over the joke was re-ignited after Aboriginal activist and photographer LaVonne Bobongie shared a clip of Trevor's joke on social media, calling for a boycott of his upcoming Australian tour.

In the video, Trevor discussed the idea that there is no beautiful race before making a comment about Aboriginal women. "And I know some of you are sitting there now going, ‘Oh Trevor, yeah, but I’ve never seen a beautiful Aborigine’. Yeah, but you know what you say? You say ‘yet’, that’s what you say; ‘yet’. Because you haven’t seen all of them, right?” he joked in the video.

He said it was important to look at the context of the joke but admitted that if he had to make the joke again, he would "probably make it better".

“At the time, I was trying to make a joke about how all women are beautiful and I was responding to comments about certain women being called unflattering in South Africa. It’s one of those things where, if you were to make the joke again you would probably make it better.”

Trevor said that after being educated about the gravity of the statement during a visit to Australia, he let go of the joke and didn't repeat it again.

“I’m not trying to hurt people in comedy — if I was, I’d get another job. If I wasn't trying to hurt anyone with the joke, then I see no reason to hold onto the joke. That’s why people have to go to find a joke from 2013 to basically speak about it — because the joke wasn’t done anymore. But I understand how outrage works, and you have to work within it.”

Trevor made a similar comment in response to author and activist Joe Williams earlier this week, saying he vowed never to make jokes of that nature again, and hasn't since a visit to Australia.

"You're right. After visiting Australia's Bunjilaka museum and learning about Aboriginal history first hand I vowed never to make a joke like that again. And I haven't. I'll make sure the clip from 2013 is not promoted in any way," he said on Twitter.

The star continues to split social media over the outrage, with some slamming him for still "not apologising".

@Trevornoah #makeitrightmate you really need to apologise. You have no idea what strife awaits you when you start your Australian tour.

Imagine if every comedian had to apologise for every offensive joke they said.

I saw his apology. Perhaps not enough, however i did see an apology and a request to learn more about indigenous cultures.

Piers Morgan says he is still waiting for Trevor to "apologise for his racist and sexist mockery of Aboriginal women".
TshisaLIVE
4 years ago

German superstar footballer Mesut Özil brings the issue back into the spotlight with a stinging letter to his country's soccer bosses.
TshisaLIVE
4 years ago