The season finale had us wanting to give up on life and throw the TV away. 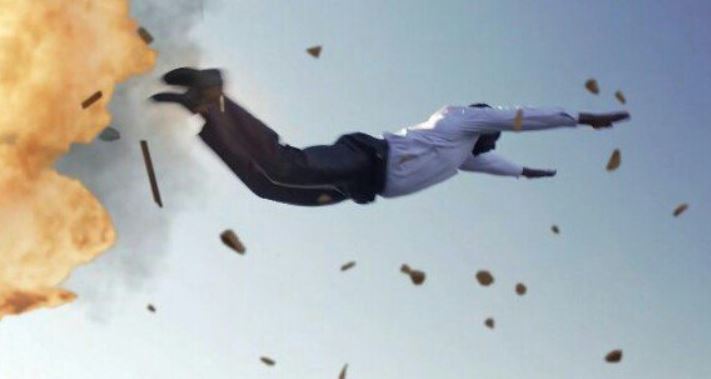 There was a bomb explosion on The Queen. Who survived?
Image: Via Twitter

Fans are counting down the hours to the new season of Mzansi Magic's hit soapie The Queen, especially since they have so many unanswered questions from the last season.

The internet nearly came to a standstill on Friday as the season finale hit TV screens and viewers in all kinds of feels.

In the episode dubbed by fans as the #MzansiTitanic, Shaka and Mmabatho exchanged vows on a boat with many of the show's characters watching on.

It was a beautiful affair. Then the next minute Jerry was seen taking a boat to the ceremony and was being shouted for "gate crashing". Then to everyone's shock, Jerry announced that there was a bomb on board the boat.

A whole bomb! On a whole boat! It's too much!

Watch: #TheQueenMzansi : Tragedy strikes at the wedding. The bomb goes off on the boat!!! pic.twitter.com/43qjt8929F

When the shock subsided, there were obvious questions like: Why was that cop pulling out a gun when people started screaming? Why did the violinist keep playing? And what happened to the food?

Luckily fans only have to wait until tonight (Monday night) to get the deets on what happened.

But ahead of the new season premiere, here are the three questions the streets want answered most.

We bet Harriet and Jerry. They are indestructible.

Looking at #TheThroneMzansi cast and now I think I know who died at #TheQueenMzansi pic.twitter.com/asR8jWaFF3

Tjoo Brutus🙆🙆 the way he was so drunk. Did he make it out of that boat.😢😢 mara The Queen. Why always on Shaka's wedding?💔💔💔😢😢 #TheQueenMzansi @TheQueen_Mzansi

#TheQueenMzansi I know between Brutus or Mmabatho one of them died

Will Shaka ever find love?

The writers like to turn weddings into a tragedy. Why always at Shaka's weddings?

Shame every wedding on the queen they is always action on it why mara?#thequeenmzansi pic.twitter.com/Xp2B4a3yKh

#TheQueenMzansi Shaka's wedding invitations should come with a funeral policy

So every time there’s a wedding someone mst die nje....sick of it! Wonder who died this time! Mxm...#thequeenmzansi pic.twitter.com/rA5ln9n82E

Will Diamond ever see heaven?

We thought he had died. Now they must kill him again.

I know it's just acting but #TheQueenMzansi please can at least Diamond have mercy on Shaka hle pic.twitter.com/6glYE1639j

When you are not ready to see #TheQueenMzansi season 3 because of Diamond Mabuza pic.twitter.com/Ym0jU7RVcl

Diamond wanted to kill everyone so that he will play the Queen alone in Season 3 pic.twitter.com/qoKPbrZQtI

#thequeenmzansi so Diamond Mabuza wanted to deny us season 3 of The Queen by killing all cast pic.twitter.com/9wHbVrAOgn

FBI Twitter have been looking for clues on who made it and who didn't. Read the tweet below if you're keen to see their prediction.

#TheQueenMzansi #SpoilerAlert read at own risk.... reading the teasers for the coming month seems like gift, roy and Brutas ddnt make it in da explosion.... bt miraculously sumhow Brutus will pull a Diamond stunt nd come bck at his own funeral pic.twitter.com/6AOpL3NYkf

So much of drama! And there's more to come.
TshisaLIVE
3 years ago

Tweeps thinks that Jerry's "incomplete" prayer is the problem here...
TshisaLIVE
3 years ago