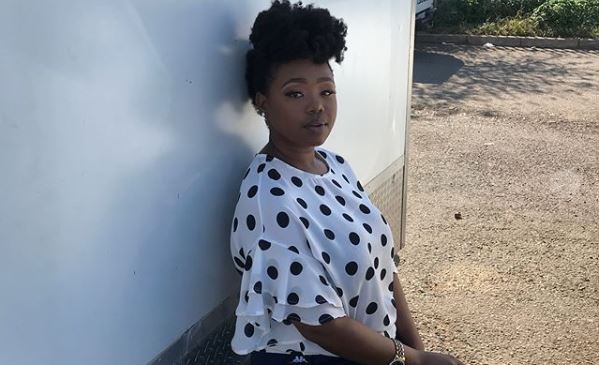 Nocxy has won over fans with her role as Thobile on the popular soapie and told TshisaLIVE that it is great to be recognised for all her hard work, but now it's time for the Hollywood scouts to pull through.

"I remember when I was graduating they told me to do extra courses in case acting didn't work out, but they didn't know how much I wanted this. At no point did I doubt myself. Even today, I don't doubt that I will get to the level that I want to reach. We are talking Emmy level. Oscars level. Hollywood and big movies. That is my dream."

While things are looking up for the star, what about her love life?

"There is no bae at the moment. Obviously there are always those people who are potential baes, but I am focusing on me at the moment. I do date but I also realise that at this point in my life maybe I shouldn't give it as much attention because of my work."

She said that she has a few things she is looking for in a man.

So gents, grab some paper and take notes.

" A slay queen is someone who is jetting off to Dubai all the time with their blessers. They are the ones staying late in the club"
TshisaLIVE
4 years ago

Uzalo’s Nocxy got funny looks when she rode an Uber, so she got herself a BMW

"It was a mess, a struggle everyday. People would judge me, they would say 'she is on TV how can she not have a car? "
TshisaLIVE
4 years ago

"I think they are taking chances...it makes my heart bleed to see actors in this space."
TshisaLIVE
4 years ago

"It's a small experience when you look at it, but for them it's a big deal and it makes such a huge change in them," Khaya said.
TshisaLIVE
4 years ago