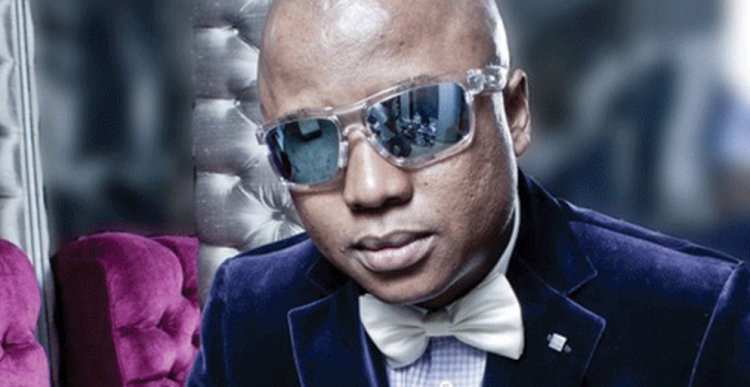 DJ Mahoota says kids will be kids and like to play.
Image: Supplied

Vetkuk and Mahoota have defended Robbie Malinga from criticism about his flashy lifestyle, telling the haters to let him enjoy his life.

Robbie, otherwise known as Rob Marley or Mr "It's too much", caused a stir on social media earlier this year when he took over his father's Instagram page and filled it with pictures of luxury cars and expensive clothing. He was criticised by some for his "disrespecting" his father's legacy by showing off his flashy lifestyle.

But speaking on Trending SA this week, music duo Vetkuk and Mahoota said Robbie was just having a little bit of fun and his haters should relax.

"At the end of the day, while you are growing up, you want to do stuff. Let him play," added Vetkuk.

As veterans in the music industry, Vetkuk and Mahoota shared many moments with the late producer and revealed that they even recorded a song with him before his death last year. Sadly the song went "missing" and they have had to record a similar song with Heavy K and Sjava.

Meanwhile, Robbie Malinga returned to social media this week after a brief break to focus on school and other activities.

I don’t speak Italian🇮🇹🇮🇹 , but I do speak MOSCHINO!!🐼

Speaking to Drum earlier this month Ann Malinga said she was tired of being bashed by her son's haters and said it wasn't a big deal that her son had taken over his dad's account.

"I didn't allow him to take over anything - he's the one that opened the Instagram account for his dad and he's been running that account for long as I remember."

Robbie Malinga Jnr shares pain of being cheated on

Robbie Malinga Jnr said his boys found out he was being cheated on.
TshisaLIVE
4 years ago

Ann Malinga is over being mom-bashed: Robbie is responsible

Ann is over the hate and says her son has been raised well.
TshisaLIVE
4 years ago

OPINION | Giving Robbie Malinga Jnr a reality show is just 'too much!'

As the roller coaster that has been Robbie Malinga Jnr speeds towards a reality show deal, I am feeling a little sick and want to get off.
TshisaLIVE
4 years ago

Ann Malinga has some strong views on the pressure of society on children.
TshisaLIVE
4 years ago