Cassper's sabotaging himself? This is what he has to say about that 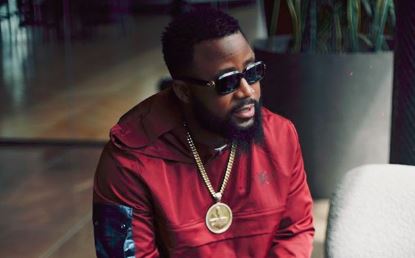 Cassper Nyovest doesn't have time to entertain claims that his career is about to go into freefall and has even tried to "break the curse" that haters wanna put on him.

Tsibipians were losing their minds online this week when a Twitter user predicted a "Nonhle Thema ending" for his alleged diva tendencies.

This was followed up by another user telling their followers that Cassper was sabotaging himself like Nonhle did before she left the industry.

Cassper Nyovest is well on his way of sabotaging himself like Nonhle Thema. His downfall will solely be his doing.

Cassper's fans were quick to defend their idol and point out that the Twitter prophets of doom have BEEN throwing Cassper away for a long time. Others asked if the person was as hateful to American artists.

While the comments section got heated AF, Cassper stepped in all the way from America to address the hate and "reverse the curse".

I break this curse in the name of Jesus!!! I reverse it to wherever it comes from!!! rabashandarabaaaaakelelelesiesmann!!! https://t.co/0M07f7b6bl

All his followers were like: "Can we have a hallelujah!"

Did I just see a "Sies man" at the end pic.twitter.com/fA5Z6hRKO4

The municipality said they know nothing about a R56-million sponsorship, but they are in talks with Cassper's team about the venue.
TshisaLIVE
4 years ago