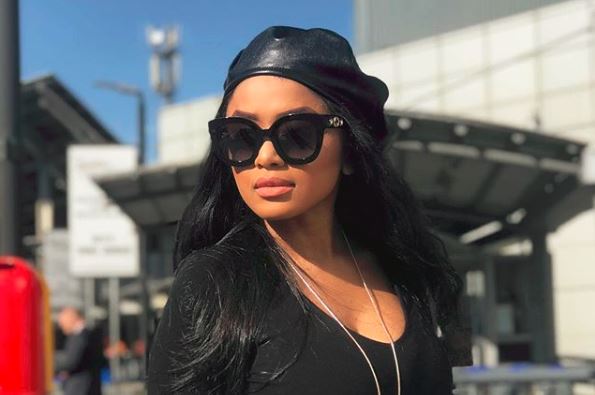 Lerato Kganyago is the host of Project Runway SA.
Image: Via Instagram/LeratoKganyago

Twitter would like to officially step in for Project Runway judges, after Tuesday night's episode of the reality show left them feeling like the judges aren't doing their jobs properly.

The more viewers tune in to witness the creativity and fashion greatness being showcased on the Mzansi version of the show, the more they feel like they are getting the hang of this fashion thing.  And last night's winner was not the one according to them.

The challenge was to create an amazing outfit that King Tha aka Thandiswa Mazwai could rock. Now, anybody who is anybody knows that King Tha has a very unique style and they knew the minute she stepped onto the platform that the bar was very high.

The designers embraced the challenge and pulled out all the stops. Their creations were impressive but when it came down to it, there could only be one winner and Twitter felt that the judges chose wrong!

Tweeps expressed their disapproval with memes.

I was asked to design a garment for a fashion and musical GOD, and I did JUST that. This challenge was too close to my heart, and I bare it through this piece of me. @ProjectRunwaySA #ProjectRunwaySA @thandiswamazwai Challenge. #ThongoLamVuma Camagu! pic.twitter.com/VRKtGOeGRa

#ProjectRunwaySA judges ... haai shem. You ruining the show. Second time now that the choice of the winning garment has been questionable

How can you look at the LEFT dress and think its better than the RIGHT one? C'mon!!! pic.twitter.com/jXYL6XYP3n

Not so sure who'll get it right today...Thandiswa's outfits are one of a kind. #ProjectRunwaySA pic.twitter.com/Odb41Nb988

I was so upset with this one. This was the second week. Last week it was Gift again when Stephen and the Indian guy clearly had better dress. 3 weeks of rubbish. #ProjectRunwaySA https://t.co/7C53o0uXNR

I’m thoroughly disappointed by the judges. They are not creatives. They just follow what the first person says. It’s gonna get really stale really quick. It’s even gonna demotivate the contestants. I’m still shocked he won last week and Steve didn’t win. This week was Sandile

On demand! | Zodwa explains how she brings the FIRE to every gig 24/7

"How could I get tired? I party for a living but I know that my body deserves the rest so when I can, I give it as much rest as I can," Zodwa Wabantu ...
TshisaLIVE
3 years ago

Maybe those DMs paid off for some of yáll.
TshisaLIVE
3 years ago

Sit down, Cardi. Mzansi has their own Lambo queen.
TshisaLIVE
3 years ago

The musician's show was halted because of clashes between protestors and police.
TshisaLIVE
3 years ago