WATCH | The Ncese micro-film that was directed by Nomzamo Mbatha 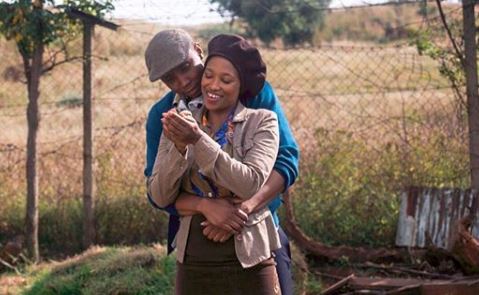 On Tuesday night Mzansi finally got a taste of La Sauce's Ncese music video, which has been turned into a micro-film and was directed by Nomzamo Mbatha.

The track Ncese is part of La Sauce's debut album Broke Lipstick, which has been  released under Ambtiouz Entertainment, tells a very compelling story in just a couple of minutes.

In the video, we see Zola Nombona and Sdumo Mtshali's characters fall in love in the villages and their love blossoms until they decide to leave home for the big city.

The city swallows Zola whole as she becomes a stripper after meeting a pimp while window shopping, when hubby ain't home. It's not a new story, however the pair bring their characters to life with finesse.

The short film tells the story of a parent’s worst fear when their children leave home for the big city, La Sauce played the role of a Godmother.

In an interview with TshisaLIVE the I do hitmaker shared her excitement over being able to explore her acting in Ncese.

"The experience for me was very inspiring and to be able to allow growth through my music is mind blowing. I have learnt a lot from the three as they are some of South Africa’s renowned actors and I’m blessed to be surrounded by such greatness."

The longer version will be made available to South Africans at local cinema's at a date that is yet to be announced.

On demand! | Zodwa explains how she brings the FIRE to every gig 24/7

"How could I get tired? I party for a living but I know that my body deserves the rest so when I can, I give it as much rest as I can," Zodwa Wabantu ...
TshisaLIVE
4 years ago

Maybe those DMs paid off for some of yáll.
TshisaLIVE
4 years ago

The musician's show was halted because of clashes between protestors and police.
TshisaLIVE
4 years ago

Shannon says maybe it is time we stop aspiring for Hollywood.
TshisaLIVE
4 years ago