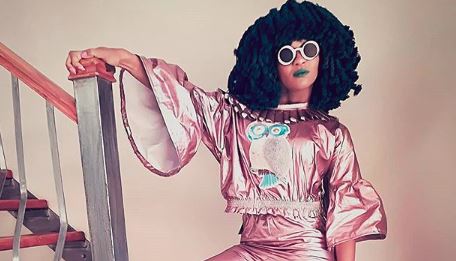 Moonchild Sanelly is determined to break all kinds of stigmas in the black community.
Image: Via instagram/moonchild sanelly

Moonchild Sanelly, who is unapologetic about her identity and is ever ready to to flaunt her uniqueness wants to open a 'club for adults' to break stereotypes especially in black communities.

"What I have noticed in my research is that there's a lot of old white couples in this space. And, I am sure that there are a lot of people like me, who want to go out and be naked and not care (about) their body shape or about being violated," she said on Metro FM.

Moonchild explained that such clubs were safer for people to embrace nudity because when a creep or some danger emerged he/she was immediately removed from the premises.

The singer has never been scared to flaunt her body or speak about sex - topics that are usually considered "taboo" in most black communities. Moonchild said she planned on having a franchise and venturing into sex toys as well.

"I want to make it normal for the black community, because you hardly see black people there... I want to kill the taboo idea of it because it's actually a very safe space. No one cares about your body shape and you can just walk around in your leotard or whatever you want and just be free. Not be violated."

The artist has previously told TshisaLIVE that she's all about breaking boundaries, which  is part of her brand identity.

"I would love to have my own TV or radio talk show about sex, but my schedule is too hectic to kind of start it myself. It would be great to be offered the opportunity. It's important for us to talk about it otherwise women won't know what it is that will pleasure them. It is taboo for so many people and you have conversations with people who don't know what an orgasm is. I would love to be part of a show that liberates people sexually. "

And while we're still here... talking about strip clubs and stuff.

Moonchild's dance moves are as saucy as they come and this performance at a strip club in Johannesburg is A LOT!

"I hear people talking about me behind my back, like when I am at the bank and communicating in English they get surprised," says Sipho Manzini.
TshisaLIVE
2 years ago

WATCH | The Ncese micro-film that was directed by Nomzamo Mbatha

The story in the Ncese music video unfolds beautifully.
TshisaLIVE
2 years ago

How do you bring a character to life that has 200 years worth of emotional intelligence?
TshisaLIVE
2 years ago