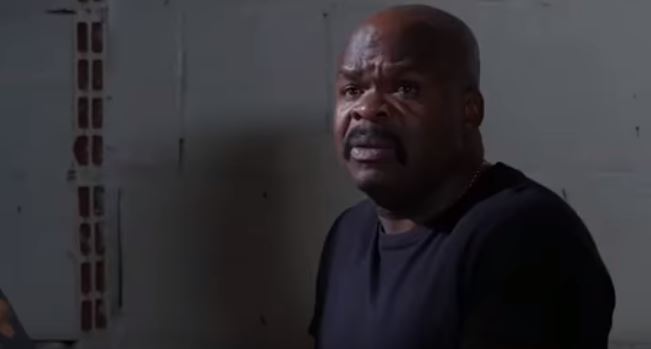 Actor Sipho Manzini says his role as Mjekejeke on 'The Queen' has been a breakthrough for him.
Image: Via The Queen

He may play the role of a sometimes clueless construction worker and truck driver on The Queen, but actor Sipho Manzini wants to shut down the idea that he is as naive in real life.

Sipho, who plays the role of Mjekejeke on the hit series told TshisaLIVE that often fans of the show get it twisted when they see him in real life and assume he is missing a few bricks in his load.

"The people generally love me but sometimes they judge me. I hear people talking about me behind my back, like when I am at the bank and communicating in English they get surprised. They feel I cannot speak a word of English. They think I am simple. But, anyways, I understand that people sometimes think I am my character."

The way Sipho has been making people laugh with his character on The Queen, he has  often been pestered by fans who want to know how his on-screen bae Petronella is.

"I have been on shows in the past but this feels like my breakthrough role. I love the character and most people like it because they prefer characters with comedic humour."

Sipho said that he had waited a long time for a role like this, making those months of being without a proper TV role in the past worthwhile.

"I have wanted to give up a few times but this has always been my calling. I studied public administration but I always knew this is what I wanted to do."

A new season of The Queen has aired but we still get the old drama.
TshisaLIVE
2 years ago

The season finale had us wanting to give up on life and throw the TV away.
TshisaLIVE
3 years ago

The Queen's Mjekejeke: No man should be controlled by his wife

His journey hasn't been easy.
TshisaLIVE
3 years ago

IN MEMES: Mjekejeke came through for Patty and Twitter is ecstatic

Get yourself a husband that will be your knight in shining armour like Mjakes is for Patty!
TshisaLIVE
3 years ago