Dumi Masilela, seen here during an interview on February 05, 2014.

It's been a year since death robbed Mzansi of the multi-talented Dumi Masilela and his absence is still palpable in the air and has been since August 3.

Dumi was shot and killed in a botched hijacking but those close to him will feel the pain of his loss for a lifetime.

It hasn't been an easy year for his closest friends and family, especially his wife Simz Ngema.

Mzansi has watched her bravery and witnessed her ups and down in the past year without her Boongs.

Here are five emotional moments that have happened since Dumi's death.

1. SA said an emotional goodbye to their Sfiso on Rhythm City

Producers of Rhythm City made the decision to replicate Dumi's death in an attempt to highlight the scourge of violent crimes in South Africa.

Dumi appeared for the last time on the soapie on October 11, which was followed by a special on-screen memorial service in his honour on October 18. The actor's mom Sabatha Magdeline and brother Thabani also featured on the emotional episode. 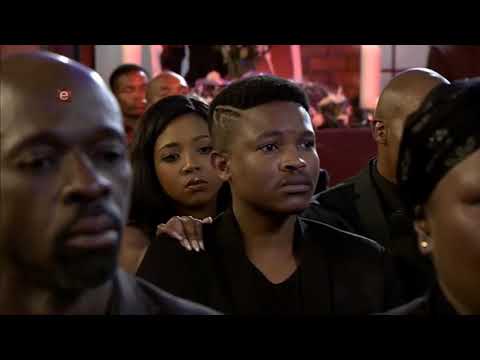 Taking to social media, Simz posted a picture of Dumi and her together, with a heartfelt tribute.

"When you asked me to marry you, you said you wanted just 69 years of my life, well now you have 68. You make married life beautiful," she said at the time.

3. Simz' first birthday without Dumi wasn't easy for her

Simz celebrated her birthday on August 29 and took to Instagram to post a screenshot of a message that Dumi wrote two years ago about overcoming trials. In the caption she opened up about her grief and her wish to hear him speak to her.

"All I want for my birthday is to hear you say I'm gold because I am burning!," she wrote.

4. Celebrating Dumi's 30 birthday without him was a bittersweet celebration of a life well lived and a life taken too soon

Dumi's friends initially planned on having a massive party to celebrate his 30th birthday but instead spent May 31 reflecting on his memory, still heartbroken by his death.

We started dating on the 13th of May 2014, Daddy passed away on the 16th of May 2016, we got married on the 20th and 21st of May 2017 and today 31st of May is your birthday. It’s been one hell of a month but we soldiered on. Happy birthday Boongs❤️ I know for sure that today Nishona phansi in heaven. I love you, forever and always. #eternalcrush ❤️#GoodbyeMay2018💔

5. Still no #JusticeForDumiMasilela but there has been a few developments in the court case.

A year later, what seems to be hurting Dumi's close friends and family the most is the fact that the court case was still ongoing.

"Tomorrow marks a year since you been gone, it still hurts mngani. And the fact that the SAPS has failed your case hurts more. I'll find your killers on my own. Love you boi," his friend and fellow actor Zola Hashatsi wrote on his instagram.