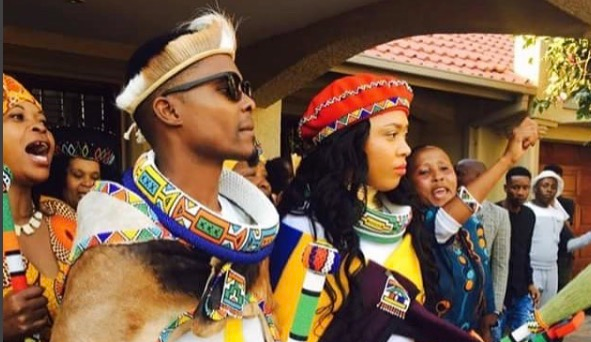 It's been a year since Dumi Masilela died in a botched hijacking and his record label plans to release some of the music he was working on before his death, including a touching song written for his young wife.

The Rhythm City star and musician died just months after marrying his sweetheart Simphiwe "Simz" Ngema in a traditional ceremony and friends have told TshisaLIVE that he was hard at work in the months after his wedding putting his emotions about his missus and married life in his music.

Speaking about a song the label was planning to release, Thuso described it as a love song.

"He wrote it for Simz. It is basically a love song that he wrote for his wife, obviously written from his perspective. We are still finalising some things and don't want to take away from the commemorations or anything so we don't want to reveal too much," Thuso said.

Thuso said that Dumi was dedicated to his music but always put his wife first.

"We had plans for him to drop an EP and so we were always in studio until late at night. But he would tell us, 'guys, I need to leave. I have a wife. I'm going home.' That was an inspiration to me."

Besides singing for Simz, Dumi also wrote a song for Rhythm City before his death. The song was played during his final scene on the show, aired after his death.

Today marks one year since Dumi Masilela was shot and killed.
TshisaLIVE
3 years ago

Sunday marked one year since Simz Ngema and Dumi Masilela tied the knot.
TshisaLIVE
4 years ago

Simphiwe "Simz" Ngema has once again reflected on the devastating grief she experienced in the weeks following her husband's death, revealing that ...
TshisaLIVE
4 years ago