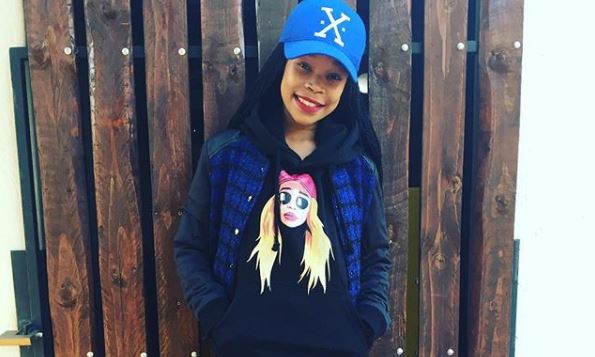 Fifi Cooper opens up about the difficulties of being female in the industry.
Image: Via Fifi Cooper's Instagram

As Mzansi celebrates women's month, rapper Fifi Cooper has revealed how some of her projects have gone unfinished because she refused to do sexual favours.

Fifi has been dropping hits for years now and has worked with dozens of producers and musicians. Fifi told TshisaLIVE that she has learnt from all these experiences that the industry can be really tough if you're not male or willing to "give it up".

"The most difficult thing about being a woman in the music industry is the patriarchy. The biggest challenge is working with guys who expect something from me. It is a challenge that nearly every women goes through in the industry. Because the industry is so male dominated, most men feel like they hold the power. We are still battling to be seen as rappers."

Fifi said she had been approached several times by men with offers and was even told the only way to succeed was to sleep her way to the top.

"(It's happened) a lot of times. It is really annoying because it takes you steps back. Like, you will have this song that is produced by this guy. It is complete. It is ready to go out. The day before it goes out, obviously he knows you are going to come look for the song, he tells you 'Nah! You ain't getting it today.' You have to be okay with that but it is annoying. It is draining."

Fifi wouldn't mention names but believes that there were a lot of female artists in the industry who had given in to the pressure and agreed to sleep with people to get things done.

"We make a lot of mistakes as young artists because we are hungry and we will take anything and everything that comes to the table. So, a lot of people take advantage of that."

Although Mzansi is still searching for that silver bullet to stop harassment in the entertainment industry, Fifi said it all starts with men being clear about their intentions.

Fifi is all about women's power so we asked her a few quickfire questions about her female heroes, and she gave us a brilliant rendition of struggle song 'Azania'.

'My life was over... Thank you EFF for the help' - Fifi Cooper pours her heart out

Fifi Cooper is a free agent once again.
TshisaLIVE
4 years ago

From Rouge to Moozlie, the local queens of rap are succeeding in a genre dominated by men who've made a fortune degrading women in their songs
Lifestyle
4 years ago