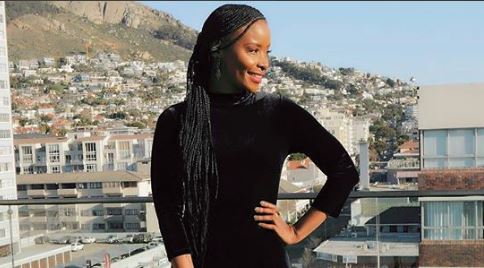 Bonnie Mbuli is determined to share her story with depression to help others.
Image: Via Instagram/BonnieMbuli

If you have read or heard about Bonnie Mbuli's book, Eyebags & Dimples, then you know that the TV presenter is one of the people who has publicly shared their life journey and living with depression.

Bonnie took to Twitter on Wednesday to let her fans know that she would be available on her Instagram TV, to engage with followers on all things depression, based on her personal experience.

It’s time to talk about it! I’ve started a series on my IGTV which will continue over the next few weeks, addressing the scourge of depression, check it out and respond with your questions and issues you’d like me to discuss. ✊🏾#letstalkaboutit

In Eyebags & Dimples, which was published in 2012 Bonnie opened up about her life and struggles with depression.

Speaking to TshisaLIVE earlier this year, Bonnie revealed that she was ready to give her fans the second book they have been wanting for over five years.

"I am working on the next book now. It is basically the truth behind my book Eyebags & Dimples. If you thought that was the truth, then another truth. It stems from me feeling like my first book left a lot of people with questions."

While we wait for her second book, the increasing need to address the effects of depression, particularly in young people, has seen Bonnie look at kick starting the conversation quicker.

Twitter questioned Bonnie on whether she thought she was "qualified" enough to talk about the illness. Bonnie said she was not trying to replace professional opinion, instead planned on sharing her own journey with the hope that it would help someone else.

I’m not an expert and I don’t have all the answers, I do however have a lived experience of fighting the darkness &coming out the other side to discover a version of myself I’ve always wanted to be, I want to share that with you in a way that is helpful to you #letstalkaboutit

No not necessarily, I’ll be addressing this during my series, I’m hoping to comb through the fine hairs of how depression presents, as well as how to discern between anger issues, anxiety,suppressed emotions and temperament, not everything is depression. Good question.🙂 https://t.co/zTCrmENUZM

😂To everyone who has my book, if there is anything you’d like me to elaborate that you found in the book ,that I’d like me to unpack during the series, send me a question in the comments section below my IGTV posts. https://t.co/tnFVLqswah

A strip club owned by Moonchild would be LIT to be honest.
TshisaLIVE
3 years ago