OPINION | The depression stigma is still very real in 2018 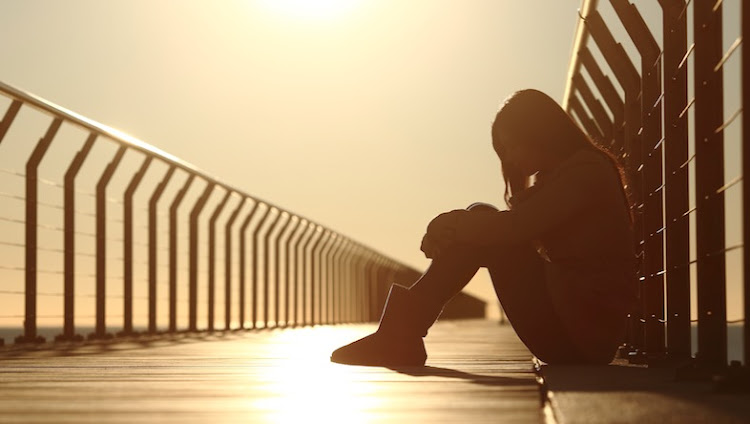 Many people suffer in silence because of the stigma.
Image: 123RF/Antonio Guillem

The devastating effects of depression and mental health in general reared its ugly head yet again last week after the family of one of SA's top cardiologists confirmed he had taken his own life. In a statement the family said the 51-year-old "took the desperate decision to end his life."

And while there has been an outpouring of grief over his loss and messages of support, there's still stigmas, judgement and painful comments being made about sufferers of depression. I have felt every comment because I've battled the disease for six years.

Colleagues of top cardiologist Bongani Mayosi, who took his own life on Friday, had been trying to help him beat depression.
News
3 years ago

When Mayosi died there was a sense of wanting to understand what had caused a professional to take his life. Well, that was my understanding at least. How could a doctor, a very successful one, battle? With what?

Someone even said it was his choice to end his life so why all the fuss?

The reaction to Skolopad, who was rushed to hospital after taking an overdose of anti-anxiety pills was even more judgmental and mean. She said she didn't want to kill herself but wanted to "sleep for a long time."

For those of you who don't know who Skolopad is, she's a musician who rose to fame after wearing a revealing yellow dress at an awards ceremony in 2017.

Skolopad says her greatest fear is disappointing the most important people in her life.
TshisaLIVE
3 years ago

Over the past year Skolopad has become known for her outrageous red carpet antics and loves showing a bit of skin. So what?

Does that make her challenges any less important to the next person. Well it shouldn't.

But that didn't stop people's negative comments about the overdose being a way to "just make the news".

For someone who has battled depression for the past six years, these comments left me speechless. It's one of the main reasons people, including myself, don't speak out about mental health issues.

It's because of the fear of being judged by society that most people, especially in the black communities, deal with the demons in silence. Until one day those demons get the better of them.

What you should know is that most people don't know that those close to them are suffering until it is too late. Until that "looking for attention" does work.

As a 32-year-old Indian female, I believe there is very little understanding around mental health. I've never spoken about this in fear of judgement. Only my closest people know about my journey because I was too afraid of 'being looked at in a different light.'

Even though there is help available, most people suffer in silence and in the end, suicide can seem like a far better option than facing people's comments and being judged.

The best way to describe my particular illness is having a constant mental battle in your head against your insecurities, dissecting every situation and every comment. And when something doesn't go right, beating yourself up to a point of no return.

Coming from someone who has lived with depression for years, I can tell you that it is a battle to get up each day and choose to live.

So before you go around calling people 'attention seekers' or criticising without having walked a day in that person's shoes, educate yourself and those around you. Be a part of a generation that takes mental health more seriously and stop falling into the trap of society's orthodox norms.

The song is a love song from a young husband to his new bride.
TshisaLIVE
3 years ago

Skeem Saam's Pretty opens up about harassment in the industry

Lerato Marabe gives back and speaks out.
TshisaLIVE
3 years ago