Image: Instagram ProKid had a 'severe seizure' on Wednesday night.

As news of hip-hop star ProKid's death sent shockwaves around South Africa on Thursday morning, musician AKA has paid tribute to the star, expressing his regret at not reaching out to the Ghetto Science hitmaker more while he was alive.

"I had all the opportunities to reach out and make music with him. I kept delaying, kept getting caught up in whatever stupid shit I was doing. Now he's gone forever. Shit is crazy."

AKA said ProKid had changed his life, and he spoke about the influence the late musicians had had on his career.

I just wish I had taken more time to reach out and do more ... life is so short, it’s crazy.

I had all the opportunities to reach out, and make music with him ... I kept delaying, kept getting caught up in whatever stupid shit I was doing ... now he’s gone, forever. Shit is crazy.

I once asked PRO if I could be as successful as him doing rap in English one night at Roxy’s in Melville ... he laughed and said I could be as big as I wanted to be. That was Linda, warm, down to earth .... motivational. 💔

The worst part is that I feel like we could have done more, made more music ... reached out more. It’s like we didn’t show up for him after everything he did for the game .... even for me in particular. Now he’s gone man . Fuck.

There would be no charts to top, no deals to sign, no tours no nothing without Linda Mkhize and what he did for this industry & that’s the shit we got caught up in, too busy with our own nonsense to reach out to our own big brother and talk to him, sit with him. Appreciate him 💔

ProKid's family issued a statement in the early hours of Thursday morning confirming his death.

"He suffered a severe seizure attack while visiting friends and paramedics were called in to assist. They did their best to revive him to no avail and called his death at 8.38pm."

Tributes were posted on social media for hours, with many celebrities tweeting messages about their memories of the star. 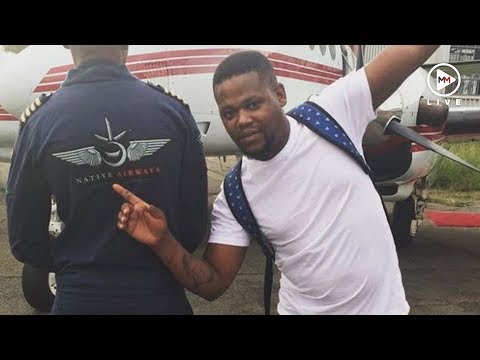